Opportunities exist where capital, rental values and expectations have been rebased 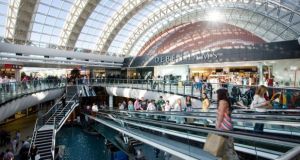 2016 was an exceptional year in which retail investment transactions reached €2.27 billion (52 per cent of overall turnover) helped by the sales of both the Blanchardstown and Liffey Valley shopping centres. 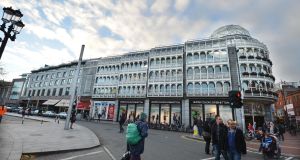 In 2014 the sale of retail portfolios and retail schemes heavily influenced the investment market statistics. Five years on and the sector’s turnover has declined year on year. There was an exception in 2016 when retail investment transactions reached €2.27 billion (52 per cent of overall turnover) helped by the sales of both the Blanchardstown and Liffey Valley shopping centres. Less than €700 million traded in 2017 (32 per cent of turnover), while 2018 saw just over €500 million (14 per cent of turnover). The first three quarters of 2019 saw the numbers down again to 11 per cent of turnover or just under €350million.

Having said that, the spend per quarter during 2019 was strong in quarter one at € 186 million or 31 per cent of overall turnover. This was driven mainly by two transactions, the sale of 7-9 Henry Street, a prime asset let to Next and acquired by DWS for €44 million which was an initial yield of approximately 3.65 per cent, and the €71 million sale to Irish Life of a 25 per cent interest in the Pavilions Shopping Centre in Swords for an initial return of 4.9 per cent.

The second quarter saw just €40 million (9 per cent of turnover) traded of which the sale of Castle West Shopping Centre in Ballincollig, Cork made up around €19million. This was acquired by Davy Real Estate, the most prolific buyers of retail investments in 2019, who will obtain an initial return of just under 10 per cent.

After a quiet third quarter, where retail accounted for just 4 per cent of turnover, there has been a significant uptake in transactions.

Most of these were underway in advance of the stamp duty increase introduced in the Budget.

The acquisition by Cantor Fitzgerald of Blackwater Retail Park in Navan for €18.5million meanwhile provides them with a return of 8.75 per cent. These deals together with some other transactions close to completion will add up to over €300million for the quarter which will bring the turnover for the year to around €650million, a 30 per cent increase over last year.

So is the tide starting to turn in terms of retail investment activity? While the retail sector at occupier level still survives on the shifting sands of e-commerce, investor sentiment is certainly improving. MSCI 3rd quarter results illustrate that retail vacancy rates are at record lows. The outlook for the key consumer economy indicators such as unemployment, employment, population growth, and consumer spending are all positive. Obviously, the impact of Brexit will be a negative and this will hurt consumer spending in certain areas of the country. Therefore, investors will be location and sector sensitive.

While it is unlikely that a new retail cycle has started within the retail sector, we can see some good opportunities, where both capital and rental values, and expectations have been rebased. Investors will be attracted by the strong initial yields on offer and retail schemes that have demonstrated a resilience and continue to offer a retail mix that attracts consumers.

There are other areas of the retail market worth focusing on. TWM research produced during the year has illustrated a strong rationale for investment in certain retail asset types such as supermarkets for their defensive qualities and retail warehousing in sustainable schemes. Our in-house research, has examined the correlation between the sales of household goods and a number of key economic drivers. For all these categories of goods, the correlation is very strong with both the level of employment and house completions.

Sean O Neill is a director with TWM, a specialist real estate advisory with offices in Dublin and Galway