JLL predicts commercial transactions will come in at €3bn in 2019 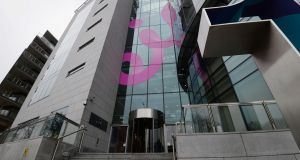 Some €3.6 billion of Irish commercial property traded during 2018 across almost 200 deals, according to Jones Lang LaSalle (JLL). The level increased a significant 58 per cent on 2017, when the value of deals was €2.2 billion, the agency said.

Total volumes were boosted by an increase in larger-sized transactions, with 21 deals exceeding €50 million in 2018. Some 11 of these were greater than €100 million.

This compares to just six deals in excess of €50 million the previous year. The largest transaction of the year was the March sale of Heuston South Quarter for €175 million by US corporation Northwood to an unnamed overseas investor.

“Investor demand is greatest from overseas buyers at the moment, with continued new entrants to the market,” said JLL director of research Hannah Dwyer.

“Looking ahead to 2019, we are forecasting continued stability, with volumes likely to achieve similar levels to last year at €3 billion.”

The forecast is based on a stable economic and political backdrop, however. “Any major shocks will undoubtedly have an impact on the Irish property market. Brexit will continue to cast an air of caution on all property sectors, by stalling decision-making,” Ms Dwyer said.