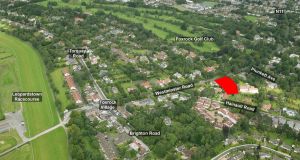 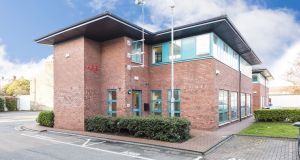 Individual sites for detached houses are again making top prices in exclusive south Dublin suburbs. Agent Knight Frank has secured slightly more than €750,000 for 0.1 of an acre at Westminster Road, Foxrock, Dublin 18, with planning permission for a four-bedroom detached house. The site is within 270m of Foxrock village.

Finín O’Driscoll of agent Knight Frank said it was quite rare for such a development opportunity to come up on Westminster Road, and for that reason it attracted considerable interest from both owner-occupiers and developers.

The site formed part of the original garden of an adjoining house, Rusheen, which along with 0.6 of an acre is now for sale through Knight Frank at €2.5 million. The same agency has secured €575,000 for 0.1 of an acre at Avonmore, off Leopardstown Road, with permission for a four-bedroom detached home.

An Applegreen petrol filling station, convenience store and car wash in Tullamore, Co Offaly, is to be offered for sale through agent Agar, asking €1.1 million. The business is rented at €95,000 per annum and will show a return of 8 per cent.

The recently upgraded facility is located on a busy road adjoining Lidl and the Central Hotel and is let for 25 years from 2012, with a 15-year tenant’s break option. Applegreen petrol stations have grown from 100 sites in 2012 to 340 in 2017.

Agent JLL is seeking a tenant for a two-storey, own-door office building in south Dublin’s sought-after Blackrock Business Park. Block 9 extends to 380sq m (4,098sq ft) and along with 12 car parking spaces will be available on a new lease from July. The rent has been set at €290 per sq m (€27/sq ft) and €1,500 for car parking spaces.

Rita Kearney of JLL said the planned letting will be the first office premises to become available in the park in the past two years.