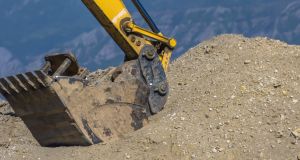 The future of a €36 million research and development campus planned for a site near Dublin Airport is uncertain after An Bord Pleanála refused planning permission for the project.

The board rejected an appeal by Castro Cross against the decision of Fingal County Council not to approve its plans for the demolition of existing buildings on a 1.33 hectare site at the Collinstown Cross Industrial Estate on the Swords Road, and their replacement with two four-storey office blocks.

The plan by Castro Cross, a company controlled by businessman Colm Menton, the founder of car hire firm Europcar, is to develop two buildings covering over 15,000sq m dedicated to R&D, with space for more than 290 staff.

An Bord Pleanála said the project would not represent an appropriate scale of development for the permissible uses of land located within the outer public safety zone for Dublin Airport.

The board said it did not believe the proposed development would be likely to comply with the recommended employee density of a maximum of 110 staff per half hectare as part of strict regulations which govern all forms of development close to airport safety zones.

Office space within the airport’s outer public safety zone is limited to a maximum area of 1,000sq m.

Based on information provided by Castro Cross, the board said it was also concerned about the access arrangements from the site to the R132 (Swords Road), which it described as a regional route of strategic importance, could pose a traffic hazard and a consequent threat to public safety.

In its appeal Castro Cross claimed R&D was permissible under the zoning of the site.

The company said the R&D sector was evolving, and there was a recognised demand for R&D facilities in Ireland, which were broadening out from traditional lab-based research.

It said the lack of fit-out details for the buildings did not mean they should be regarded as normal office blocks.

Castro Cross said the proposed R&D facility was in an appropriate and accessible location which would be attractive for users.

Fingal County Council pointed out that it has requested Castro Cross to reconsider improved access options to the site, but that the company’s response was “not satisfactory”.

Council planners claimed the project appeared to be speculative development aimed at a limited or niche market.

The Dublin Cemeteries Committee, which manages the nearby Dardistown Cemetery, claimed the development was inappropriate and premature in the absence of a plan for the overall development of zoned lands in the area.