Poultry meat producer employs more than 9,500 across three sites in the North 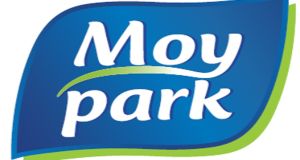 Union leaders have warned that a decision on whether to ballot for all-out strike action at poultry meat producer Moy Park, one of the North’s biggest employers, could be taken in the next 48 hours.

Relations between Moy Park workers and management had “steadily deteriorated” since the American group Pilgrim’s Pride acquired it in a £1 billion deal last September, said Sean McKeever, Unite’s regional officer for the agri-food sector in the North.

Moy Park employs more than 9,500 people across three sites in the North. The union has more than 3,000 members at Moy Park’s Craigavon and Dungannon factories.

Mr McKeever said he was aware of “widespread resentment” among Moy Pork workers over how, they claim, they have been treated since Pilgrims Pride Corporation, one of the largest chicken producers in the world, came on board.

“Pilgrim’s Pride said they wanted to make $50 million (€42,2m) in cost savings when they took over Moy Park. We warned them then that it would not be at the expense of workers in Northern Ireland. But they are trying to renegotiate terms and conditions at Moy Park which would remove workers’ shift premiums – one of the only benefits keeping the majority above poverty pay rates.

“They have made an offer of a paltry pay increase, which will barely compensate for inflation but which is worthless considering the long-standing commitment of the UK government to raise the minimum wage to £9 an hour,” said Mr McKeever.

According to Mr McKeever, more than 1,000 former workers at Moy Park, who were members of Unite, have left the company in the last six months.

“We’re calling this the American effect. It is an incredible situation. There has never been official strike action at Moy Park before but we have to protect our members.”