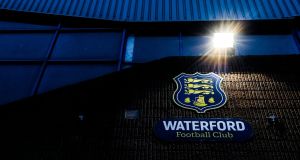 St Patrick’s Athletic have written to acting FAI chief executive Rea Walshe arguing that the club should get the Airtricity League’s final place in the qualifying rounds of the Europa League on the basis that Waterford, who finished one place above them in last season’s table, are not eligible for a Uefa club licence.

In the letter, the club’s owner and executive chairman, Garrett Kelleher says that St Patrick’s Athletic have taken advice from the European Club Association on the matter and that they believe Waterford are in breach of a couple of the criteria laid down for being granted the license they need to compete.

On the one hand, the company that runs Waterford, Power Grade Limited, was only incorporated on December 14th, 2016, meaning that it does not meet Uefa’s licensing requirement in relation to clubs that “the membership and the contractual relationship (if any) must have lasted – at the start of the license season – for at least three consecutive years.”

The other point raised is in relation “overdue payables” or debts owed to other parties within the game. In their letter, St Patrick’s Athletic suggest that there are still football debts owed by the former Waterford United.

One of those is understood to be to former manager Roddy Collins who was awarded €13,000 in an unfair dismissals case last year at the Workplace Relations Commission. Collins had claimed that he was sacked towards the end of the 2016 season, at which point he had a year left on his contract.

At the time, Collins said he was being paid €800 per week during the season and €300 a week outside of it.

The club contends that in 2012 a reconstituted Derry City was prevented from competing in the Europa League, despite having paid off all of the outstanding football debt of the previous company, because it did not fulfil the three year requirement.

On that occasion, an appeal by Derry against the decision failed and Bohemians ultimately took their place in the competition.

This, Kelleher argues in the letter, is a precedent that St Patrick’s Athletic clearly feel should be followed. There are, he states, a number of other examples of clubs across Europe being excluded from Uefa’s club competitions on similar grounds.

It is understood that the sub-committee at the FAI that deals with European club licences is due to meet next week and announcements on who got them for this year are expected soon.

A handful of clubs across Europe fail in their attempt to obtain a licence each season and in addition to Derry City, Shelbourne were unable to participate in the 2007/08 Champions League qualifying rounds. The most common basis for a club having licensing is “overdue payables”.

In a brief statement emailed to The Irish Times on Wednesday night, Waterford said they were not aware of any licence issues and that they would await guidance from the FAI.

“Waterford Football Club are not aware of any adverse issues which might possibly affect our UEFA Europa League License Application, as we are currently playing in our third season of ownership by PowerGrade Ltd.

“We will follow up this issue with the FAI and take guidence from them on matters raised , as soon as possible.”

1 England v Ireland preview: Ireland’s revival to face its sternest test
2 Keith Duggan: Liverpool’s charming man casting a shadow over Guardiola
3 Irish pack must expose the weakness in England’s backrow
4 Keeping Donegal on the road to success a costly business
5 Matt Williams: Ireland will need to step up on Wales display to prevail at Twickers
Real news has value SUBSCRIBE
Crossword Get access to over 6,000 interactive crosswords