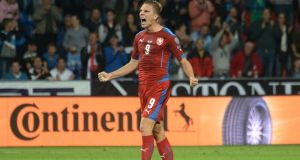 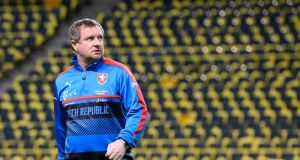 Manager Pavel Vrba made his name during his time at Viktoria Plzen. Photograph: Getty 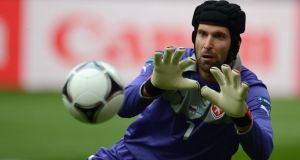 Petr Cech will see a lot of action in a tough Group D. Photograph: Getty

It doesn’t seem that long since the Czechs might have been regarded as a decent outside bet for a European title but there is no fear really of this year’s side upsetting the odds to anything like that extent. Getting beyond their initial group would represent a pretty decent outcome for Pavel Vrba and his men. The Czechs, to be fair, topped their group in qualifying ahead of Iceland, Turkey and an imploding Netherlands but they conceded 14 goals and didn’t manage a single clean sheet over the course of the campaign. And that is with possibly their best player, Petr Cech, playing in goal. With little enough otherwise by way of standout quality at this stage it is hard to see how they will survive against the group’s better sides. Borek Dockal got four goals from midfield but, in common with most of the rest of a squad largely drawn from the Czech league, he will have to surprise if the team is make it to the knockout stages.

The Czechs qualified from one of the most interesting groups - that being Group A - where the Netherlands failed to even make a play-off spot. A 2-1 win over the Dutch in their opening game set the tone for the campaign and, despite losing to Turkey and surprise packages Iceland, the Czechs managed to top the group and ensure their place in the finals. The high competitive nature of Group A is shown in the fact that third-placed Turkey still managed to qualify automatically as the best third-placed team from every group.

The 52-year-old is something of a hero in his home country having entered the hearts of the nation during his time at Viktoria Plzen. While delivering the club’s first title in 100 years he was named Czech Coach of the Year and became synonymous with playing entertaining football as well as entertaining the press in his news conferences. Vrba was appointed Czech coach in 2014 and quickly implemented his attacking philosophy, leading the team to France.

The Arsenal goalkeeper was last year named Czech Footballer of the Year for the eighth time in 11 years, largely thanks to surpassing the Premier League clean sheets record. While the Czechs’ open and attacking style of play meant that the 34-year-old failed to keep a single clean sheet in qualifying, it also points to how crucial it will be to Czech hopes for their goalkeeper to be in good form in France.

One to watch: Borek Dockal

The midfielder was crucial in the Czech Republic’s qualifying campaign, popping up with five goals to finish as his side’s top scorer. The 27-year-old Sparta Prague man fills the playmaker gap left by injured Tomas Rosicky and proved during qualifying that he is more than up to the mark. His record of six goals in 23 games is as impressive as it gets for a midfielder at international level.

“I love the Czechs. My first wife Ivana was Czech. My kids speak Czech. Have you seen my daughter Ivanka? She has a hot body. If I wasn’t her father, I would date her.”