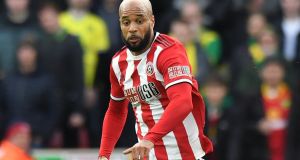 Premier League clubs are in discussions over joining an advertising boycott of companies that fail to promote inclusion and diversity, part of a new front in the battle against online abuse.

The pressure group Stop Funding Hate is talking with top-flight and EFL clubs over the possibility of signing up to the Conscious Advertising Network (Can), which seeks to stop advertisers funding companies that “fuel hatred”. It follows the arrest this week of a 12-year-old boy after racist messages were sent to Crystal Palace’s Wilfried Zaha on Instagram.

The push for a more ethical approach to advertising comes after the success of the Stop Hate for Profit campaign in the United States. Over the past month more than 100 US companies have paused advertising on Facebook over its failure to deal with hate speech on its platform. Facebook has said it is “focused on the important work of removing hate speech”.

English football has been fighting its own battle with tech companies over abuse but negotiations with social media companies have failed to result in a discernible change to policy. Following the abuse received by Zaha, the Premier League’s chief executive, Richard Masters, said: “Tackling this issue must be a priority.” The Professional Footballers’ Association called for the media regulator, Ofcom, to be given stronger powers to control social media.

The Can advocates “action by advertisers to make hate unprofitable” and advises that companies which sign up to its code should “endeavour to avoid advertising with media outlets that fuel hatred”. More than 70 companies have joined it already.

Alex Murray of Stop Funding Hate said football clubs have the ability to change the priorities of tech companies if they join others in flexing financial muscle. “I believe that there’s the ability for football to come together to demand action,” he said. “I think that the influence clubs have, as well as their massive spending power, means there’s a real opportunity to get behind a campaign like this and add to the impact it’s already having.”

Last month the Premier League launched a portal for players, coaches and managers to fast-track reports of online discriminatory abuse. The system was set up in response to a growing trend for abusive direct messages being sent privately on social media platforms. The league will not comment on the number of complaints but it exceeds the number reported publicly. Sheffield United’s David McGoldrick and Watford’s Christian Kabasele joined Zaha in sharing experiences of abuse this week.

Zaha received abusive direct messages despite not following the user on Instagram, a company owned by Facebook. A spokesperson for Facebook said: “We’re committed to giving people more control over their privacy and safety on Instagram. Last year we announced a test of new tools to control who sends you a message and this has recently expanded so that public figures can prevent people they do not know from sending them a direct message.”