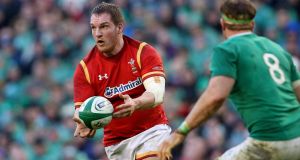 The Blues announced that 37-year-old prop Jenkins will call time on a career that saw him win 129 Wales caps and tour three times with the British and Irish Lions, playing in five Tests.

Jenkins, who made his Wales debut in 2002, has been battling to overcome a chronic knee injury.

Jenkins said: “I have been working hard rehabbing over the last three months and I was confident I was going to be back playing, so it’s disappointing to be retiring after Sunday’s game against Zebre.

“It’s obviously a big decision, but I’ve had a good innings, it’s time to finish and I am looking forward to one more run-out on the weekend and hopefully finishing on a high.

“The pain I have been experiencing from rugby, in my daily life, simply isn’t tolerable, but it is important to me that after all the work I have put in, I run out with my team one last time and finish on my own terms.”

Jenkins has played almost 200 games in two stints with the Blues, while he also captained Wales during an international career that spanned 14 years and saw him play a major role in three Six Nations Grand Slam campaigns.