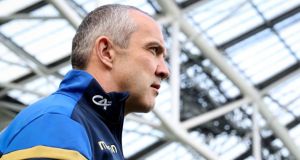 Conor O’Shea is an innately upbeat, optimistic person, which seems a particularly important trait when head coach of Italy. Nothing has changed in that regard. His positive energy remains infectious.

Yet after 24 games at the helm and entering his third season if there’s one thing that really gnaws at him it is the Azzurri’s two performances against his native Ireland.

The 63-10 loss in Rome in the Six Nations two seasons ago, six days after losing at home to Wales, and the 56-19 beating in Dublin last season, remain the second and third biggest defeats of his reign, behind only the 68-10 defeat by the All Blacks two Novembers ago.

“When you look at what we’ve done in the last 12 months, and when you really look beyond that one match against Ireland, we’ve been consistently competitive, but I’ve never felt we performed against Ireland.

“We haven’t fired a shot against Ireland in the two matches we’ve played. And I want this to be the first staging post to us actually firing a shot, and actually make them sit up and notice that we’re on the way. I think all the other countries feel that we are.”

Even though Italy won the last 30 minutes 19-14 in the Aviva Stadium, O’Shea says: “We just did not fire a shot from word go, so we’ll want to put that right in terms of the performance this week, and we know the challenge.”

The auguries do not look especially promising for O’Shea and a somewhat makeshift Italian team, in part due to the logistics of this game and the Azzurri’s injury problems, most notably to their brilliant 22-year-old full-back Matteo Minozzi, who suffered a ruptured knee ligament just 18 minutes into Zebre’s opening game of the Pro14 campaign at home to the Southern Kings and will miss the entire season.

“It’s sad but he’s had two good surgeries,” says O’Shea. “He’s gone to the best surgeon [Prof Pier Paolo Mariani] there is in Italy when it comes to knees. He’s operated on a lot of Serie A footballers.”

Minozzi, according to O’Shea, is targeting a return next June in readiness for the World Cup. “We’re just hoping that he comes back with the same ‘explosivity’.”

In addition, the Zebre scrum-half Marcello Violi will probably miss most of the Six Nations, winger Leonardo Sarto is recovering from double shoulder surgery, the 21-year-old flanker Giovanni Licato is sidelined with a toe injury, and another full-back, Edoardo Padovani, is recovering from an ankle injury.

Another winger, Angelo Esposito, played his first game in the calendar year off the bench against Leinster last Saturday, while Maxime Mbanda, the flanker whose season was ended by an injury against Wales last February, is on the verge of returning.

Yet against that O’Shea is, of course, excited by some of the talent coming through in this squad, such as Renato Giammarioli, the 23-year-old number eight who will win his third cap against Ireland after recovering from shoulder surgery. “He beats defenders for fun a lot of the time.”

Luca Marisi, who “went through hell for a number of years”, and Michele Campagnaro, who missed most of last season, are reunited in midfield.

The 21-year-old Zebre tight-head Giosuè Zilocchi is in line for his second cap off the bench. “The guy is an unbelievable talent.”

The Benetton 23-year-old Luca Sperandio, who scored a hat-trick against Edinburgh at Murrayfield, will win his second cap at full-back.

“Given everything we’re going through, and you see some of the young kids that are bubbling up, I think we’re beginning to create options in all positions, which to show progress is massive for us,” says O’Shea.

“But this weekend will be a massive test for us. We know the scale of the depth that Ireland has now, and, hopefully, over the next few weeks, given our injuries, and the players we have outside the window like (Leonardo) Ghiraldini, (Jake) Polledri and (Sergio) Parisse, we can demonstrate the progress that I think everyone can see we are making.”

The next step is results. O’Shea maintains that their fitness is “miles better but our biggest issue now is mental, and regenerating momentum and getting that belief. Once you’ve got that belief energy changes.”

So often Italy can be doing well in games but when a big moment goes against them, the ripple effects seem to last longer. So it was that Ireland scored their last four tries in a 14-minute spell near the end in Rome two seasons ago, and their first three in a 10-minute period last season in Dublin.

Critical to improving results, therefore, is managing big moments, and when Wayne Smith was invited in for the Japan tour and the recent camp in Verona, O’Shea says: “One of the key things that I asked him to focus on was development of what handling big moments in matches looks like, how you get back momentum in matches after losing it, and the processes that you need to go through.”

“It was invaluable having someone from the outside go through that process, and the terminology he uses is ‘high frustration tolerance’. How we manage that is key for us, because every team has bad moments, but what we do is we back them. If we can actually snap ourselves out of those bad moments quickly we’ll become even more competitive against the top teams.”

Also highlighting the work done at under-age level, O’Shea says: “There’s some genuine talent, depth and competition now. And that’s the first step with anything, because two years ago it was completely broken, and I don’t think anyone believed that we could climb back up.

“We’ve steadied the ship, we’ve a really good foundation, and now we need to take that next step, and in all of the last 12 months we’ve actually been a lot more competitive than people will imagine.”

After Soldier’s Field, Italy face Georgia in Florence, Australia in Padova and New Zealand in Rome, followed by the Six Nations, a competition in which they have lost 17 matches in a row since beating Scotland in 2015.

“It’s a tough challenge, but if we weren’t making progress there would be a genuine lack of energy within this group, and everyone within our system believes we’re progress. But we’re judged on results, and we know we’ve done a lot of good things for Italian rugby and its future, so we need a win.”

As an aside, he asks rhetorically where Ireland were at 20 or so years ago, and here the former Irish full-back also speaks from experience. “Irish rugby could be hit with exactly the same stick at the start of professionalism. Irish rugby didn’t change.” Or indeed Scottish rugby up until a decade ago.

“Also I’m realistic. It’s like any boxing heavyweight, you can play against Belgium every week if you want, but we don’t do that, and we have to learn the hard way. And we are learning.”