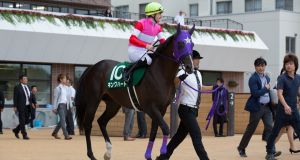 Dual Irish classic winning rider Shane Foley will be No1 jockey to Jessica Harrington on the flat this year.

Foley replaces Colm O’Donoghue who had enjoyed considerable success for Harrington in recent seasons, most notably on board Irish racing’s 2018 Horse of the Year, Alpha Centauri.

She won four Group One races last year, including a classic victory in the Irish 1,000 Guineas and a six length Royal Ascot romp in the Coronation Stakes.

Harrington indicated on Monday that Foley’s ability to fully commit to the role was one of the main reasons for the switch.

“It’s lovely. I’m delighted to welcome Shane,” she confirmed. “He’s ridden a lot for me before. He rode a classic winner last year so let’s hope it’s a happy association.”

Foley’s 2018 classic success came in the Irish 2,000 on board the Ken Condon trained Romanised. He won the 1,000 Guineas at the Curragh two years previously on Jet Setting.

Foley has ridden for Harrington extensively in the past and last year won the Listed Ingabelle Stakes at Leopardstown for her on Sparkle N’Joy.

It is understood the jockey’s arrangements to ride for owner Yesheng Zhang will remain in place in 2019.