There will be 20 GAA league matches played this Saturday 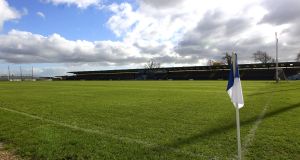 The three remaining Division One hurling quarter-finals will be played on Saturday afternoon, along with the Division 1A relegation play-off, and a full round of fixtures in all four football divisions.

The hurling quarter-finals were originally fixed for last weekend, although only one took place (Limerick’s win over Laois). Weather disruptions on the first weekend of the month forced three of the four matches in the final round of Division One to be refixed for last weekend, putting the entire schedule a week behind. The 1A relegation play-off between Cork and Kilkenny - where neither team have anywhere to be relegated to - will also be played on Saturday.

So this Saturday there will be 20 league fixtures played across both codes. Sunday will be left entirely for club action with the two All-Ireland finals taking place in Croke Park, and there will be no matches played on the bank holiday Monday.