While the Gender Recognition Bill is welcome, there are huge shortcomings 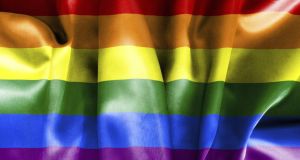 The Gender Recognition Bill will allow transgender people to have their status recognised by the State for all purposes – including the right to marry or enter a civil partnership and the right to a new birth certificate.

Last week, the Seanad debated the Gender Recognition Bill. Ireland is the only country in the EU that has no provision for legal gender recognition, so if we’re going to make a Bill, let’s make it a good one. There’s an incredible amount of ignorance surrounding trans issues. Most people grapple with the basic vocabulary. But at its simplest, transgender refers to people whose gender identity and/or gender expression differs from the sex assigned to them at birth.

The Bill goes some way to making trans people visible in a society which has up until now rendered them invisible. It’ll provide the formal recognition of trans people, a gender recognition certificate, that will allow trans people to change their birth certificate, the foundational document of all of our lives. Dr Lydia Foy, an Irish heroine, has been fighting for nearly 20 years for her gender identity to be recognised, beginning legal proceedings in 1997. In 2007, the High Court ruled that Irish law in her case was incompatible with the European Convention on Human Rights. Like much positive social change in Ireland, it takes brave people to put their head above the parapet to get things done. Still, trans people wait. The Bill has yet to be enacted. At the moment, there is no legislation that protects trans people, and now is the time to change that.

Young trans people aged between 16 and 17 are included in the Bill, but in most cases will require parental consent to have their identities legally recognised, as well as a court order from an endocrinologist or psychiatrist. It requires two medical practitioners to sign off. There are only a handful of people who have this expertise, so as anyone on a medical waiting list knows, this will mean huge delays. And this is a legal process. Trans people have no interest in populating HSE waiting lists to get a paper stamped.

It also places some young trans people in a sort of limbo scenario, where they can consent to their own medical procedures from the age of 16 – as is the law – yet would have to get parental consent for a piece of paper from the State. The Bill needs to protect young trans people, not make them more vulnerable than they already are. Young people need support, not for things to be made more difficult for them. The Bill also requires that someone applying for gender recognition must be single. This means that many trans people who are in marriages will have to choose between their identity or their spouse. Trans people in marriages will be forced to divorce their spouses if they want their identities legally recognised, even when happily married, even where their spouses and children fully support their gender identity.

The consequences for trans people struggling with their identity are huge. A mental health and wellbeing survey of transgender people in Ireland published by Transgender Equality Network Ireland in 2012 showed that 78 per cent of respondents in Ireland had thought about ending their lives. Some 44 per cent said they self-harmed. Some 40 per cent said they had attempted suicide. Tellingly, 75 per cent of respondents reported that their mental health had improved since they transitioned. It is important to view these statistics, as devastating as they are, as consequences of the country trans people live in.

A friend of mine staged a play about grief last week, and one quote that was projected on the back wall of the stage is something we should all remember: “Be kind, because everyone you meet is fighting a hard battle.” What makes those struggles easier is when we fight them together, and let those living the realities we’re legislating for lead that legislation. Trans rights are human rights, after all.