Silicon Valley has too much power 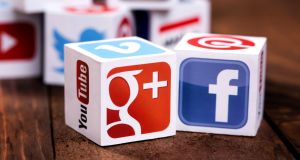 Google has an 88 per cent market share in search advertising. Facebook (including Instagram, Messenger and WhatsApp) controls more than 70 per cent of media on mobile devices. Amazon has a 70 per cent share of the ebook market.

Last week, I opened my credit card bill and got a shock: $909 in charges from the App store that I didn’t recognise. First, I thought I’d been hacked. Then I discovered my 10-year-old son had racked up these charges buying virtual footballers to play in online games.

His devices have since been confiscated and passwords revoked, but according to Tristan Harris, a former Googler who has become an evangelist against the power of Big Tech, my son is not the only one who deserves time on the naughty stool.

Mr Harris is a graduate of Stanford’s Persuasive Tech Lab who once engineered the kind of behaviour modification software that keeps people clicking on everything from games to Tinder dates to fake news. He believes we have reached a tipping point in which the interests of the largest tech firms - from Google to Facebook - and the customers they supposedly serve are no longer aligned.

“There’s a reason why culture and politics are being turned inside out to become more ego driven,” he says. “There’s an entire army of engineers at all these firms working to get you to spend more time and money online. Their goals are not your goals.”

Mr Harris has started a guerrilla movement, called Time Well Spent, to try and push tech companies to change their business model, having left Google after deciding that it was “impossible to change the system from within”. He’s not the only techie in an existential crisis over the fact that software is being used to reshape election results or lure poor people into predatory loans.

Roger McNamee, a venture capitalist with Elevation Partners who was an early stage investor in Facebook (he still owns shares in the stock) as well as Amazon and Google, has also taken up the battle cry. He wants Big Tech to offer customers broad based opt-in and opt-out contracts around the tracking of data. He is also lobbying for government to create a kind of Food and Drug Administration-style regulatory body for “highly manipulative, highly addictive technology”, to ensure that as with drugs, customers are not being sold things that actually hurt them.

It is all part of the increasing scrutiny around the economic and political power of Silicon Valley, which now controls the largest single chunk of corporate wealth. Recently, a number of politicians on both sides of the aisle have begun looking at whether such companies need to be regulated differently or even broken up.

While the concentration of market power has been rising in numerous industries over the past few decades, technology is a particularly stark example - Google has an 88 per cent market share in search advertising. Facebook (including Instagram, Messenger and WhatsApp) controls more than 70 per cent of media on mobile devices. Amazon has a 70 per cent share of the ebook market.

Thanks to online networks these dominant players can scale up faster than new entrants can add users. As a senior staffer for one high-ranking Democrat in Washington notes, their power is set to become “the signature economic issue [for lawmakers]over the next five years, especially as automation increases and they make investments into other areas of the economy, like transportation and health”. Think not just of automated cars, but also of Google’s collaboration with the UK’s National Health Service, which allows the company access to sensitive medical records.

There is already a conversation in Washington about whether monopoly and antitrust law needs to be rethought for the digital age. In recent decades, falling consumer prices have been thought of as a sign of “efficient” markets; this plays to the strengths of tech groups that cut prices and give away products for free. But as University of Chicago Booth School professor Luigi Zingales, who recently organised a conference around corporate power and its dampening effect on the economy, points out: “It’s not that we don’t pay for digital services - we do pay dearly, with our data, and our attention.”

He and others believe we should go back to the original, broader interpretations of laws such as the 1890 Sherman Antitrust Act, which were essentially about limiting political power, and in particular, the ability of rich companies and people in coastal areas to control everyone and everything else. This is a theme that is certainly becoming ever more familiar as Silicon Valley vies with Wall Street and Big Pharma as the top spender on political lobbying, which has so far been subject to extremely light-touch regulation (it will only get lighter under President Donald Trump).

While the EU, which has always been more proactive about protecting digital rights than the US, will probably continue to expand its thinking in this area, activists like Mr Harris believe that companies can and should get ahead of regulators, since they can effect change immediately by re-engineering their products.

Apple and Google, for example, could make any number of small tweaks to handsets that would allow consumers to better control their online experience, and set preferences rather than being unconsciously influenced to speed date, gobble false headlines or addictively kick a virtual ball. It is good advice to companies that are increasingly being seen not just as business threats, but moral hazards as well.

Rana Foroohar is a columinst with the FT