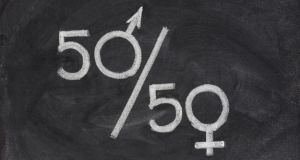 Gender quotas remain a contentious issue and one that stirs emotions. The National Women’s Council of Ireland has called for gender quotas to be introduced to support women running for seats on local authorities.

It was responding to two issues: first, while a record number of 566 women contested the recent elections, up from 440 in 2014, they made up only 29 per cent of all of the candidates.

Second, just 23 per cent of those elected were women. The context here is that there are now more women living in Ireland than men; 53,000 more according to figures from the Central Statistics Office figures. Politicians should represent the population of the country and this is currently not the case in Ireland.

There is much debate online and in the media about the merits of gender quotas to address this gender imbalance in elected office. However, it should be kept in mind that, in fact, half of the countries of the world today use some type of electoral quota for their parliament.

What is the purpose of gender quotas? The European Institute for Gender Equality states that they are positive measurement instruments aimed at accelerating the achievement of gender-balanced participation and representation by establishing a defined proportion or number of places or seats to be filled by, or allocated to, women and/or men. Quotas are normally applied to address a gender imbalance in politics and at board level in companies.

The regular criticism is that they oppose meritocracy. They do not allow the best person to occupy the role. An underqualified woman may get the role over a more qualified man. But is this true? Have you ever met a man in a senior role and wondered how did they get promoted to that position given their lack of competence for the role? What gender quotas do is they seek to tackle deep-seated institutional obstacles to women’s participation. They are essentially a way to encourage more women to put themselves forward for roles.

Recent research from Sweden undertaken by the London School of Economics paints an interesting picture when it comes to competence of politicians. It found “strong evidence of cosy arrangements prior to the quota, with mediocre leaders selecting mediocre followers”. It is possible that resistance to gender quotas in politics may be a factor of this finding? The research found that after gender quotas were introduced in 1994, the competence of politicians in general increased, and among men in particular. It also found that quotas were bad news for mediocre male leaders, who tended to be forced out.

It is time to recognise that we have a problem with gender representation in politics in Ireland. We currently rank 86th in the world ranking for female parliamentary representation, below countries such as El Salvador and Somalia. Of the 4,575 Dáil seats available in Ireland over the 30 elections since 1922, just 274 have been held by women.

The Government has already accepted that gender quotas are a useful method of combating the long-established male-dominated political system. The minister for the environment introduced gender quotas for the 2016 general election and, importantly, linked it to a negative consequence for those not embracing this change. Political parties lose half of their State funding if their candidate pool includes less than 30 per cent of either gender. The result was more women than ever before were elected to the Dáil in 2016 – 35 women out of 158 TDs. One in five current TDs are women – 16 were incumbents while 19 were first-time TDs. This gender quota will rise to 40 per cent in 2023.

To address this imbalance, a nuanced approach is needed that tackles the underlying barriers women face in getting on a ballot paper and getting elected. While gender quotas alone are not the answer, they are the jump start needed to increase the number of female political representatives in Ireland.

Local government is the first step on a political career for many who are interested in entering politics. It is the feeder for all other levels of politics. As such, there is a need for Ireland to embrace the movement in so many other countries and introduce gender quotas for the local elections in 2024. The real issue is not the winning of a seat, it is being nominated in the first place by a political party. Gender quotas on their own are not the answer, but they are a partial solution.