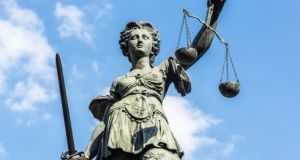 Sir, – It is deeply disquieting that a court had no option but to place a person with intellectual disability in a psychiatry ward despite the fact that he is not psychiatrically ill (“No place for vulnerable disabled man”, News, November 15th).

This situation is regrettably common. The Health Research Board reports that, in 2016, 148 people with intellectual disability were accommodated in psychiatric hospitals, down just 3.9 per cent from 2015. Inappropriate placement of people who are not psychiatrically ill in psychiatric settings leads to disimprovement for the individual concerned and opportunity costs for the mental health facility and the community it serves. With psychiatric services operating at maximum capacity, every inappropriately occupied bed means that acutely mentally ill people cannot access inpatient care when they need it.

This problem is not new. In the early and mid-1900s, Ireland had more “mental hospital” beds per head of population than any other country in the world.

This was directly attributable to the inappropriate committal of the mentally ill, the intellectually disabled, and various other groups to psychiatric facilities.

In 1907, Dr Conolly Norman, reform-minded medical superintendent of the Richmond Asylum in Grangegorman (later St Brendan’s Hospital), bemoaned the hundreds of people with intellectual disability abandoned in the Richmond, noting that “many are improvable under proper training undertaken early, and some are even capable of being made self-supporting. An ordinary asylum is not a suitable place for them in any way.”

Over a century ago, Dr Norman, using the language of the times, emphasised that facilities “especially equipped for teaching the teachable and improving the improvable are essential. It is neither wise nor humane to neglect this class as they are neglected in this country.” – Yours, etc,