Together with Dublin City Council a co-operative have built houses in Ballymun with a starting price of €140,000. 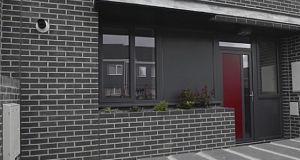 The way forward: Dublin City Council and Ó Cualann co-operative has built houses in Ballymun with a starting price of €140,000.

There are two giant roadblocks to solving the housing crisis. The first is the five-year electoral cycle. The second is the persistent refusal by policymakers to see a home as a human right, rather than primarily as a potentially profitable asset governed by market forces.

Politicians operate with one eye focused on the next election. There are few votes in initiatives that will come to full fruition in 15 or 20 years, but that kind of timescale is necessary to create a fundamental change in the way that we view homes.

However, some of the cynicism regarding politics, which has led to a high level of voter disengagement, could be dissipated if all political parties were seen to commit to a long-term strategy regardless of who wins the next election.

Homes are too important to be left to market vagaries. The impact of homelessness is clear: the blighting of children’s lives and the impact on the mental and physical health of families who have no safe, secure, long-term nest.

While the needs of the most disadvantaged should be given priority, ignoring the so-called squeezed middle has long-term consequences too.

Only five of the current EU28 have lower home-ownership rates than ours.

But look at the really stark figures regarding age groups.

The ownership rate for the 35–44 age group in 2016 was 61 per cent, as against 86.5 per cent for people aged 65 and over. In 1991, ownership rates were 82.1 and 82.2 per cent respectively. That translates into lots of tradespeople, nurses, guards, teachers, and salespeople who cannot afford to buy a family home.

There is a proven model that has the potential to provide affordable homes on a large scale.

This week, I visited the Poppintree site where Ó Cualann is working on another phase of houses and met Hugh Brennan, Bill Black and John Moore, the practical, humorous visionaries behind this co-operative housing association.

I was shown around a top-quality, modern four-bed house with a BER rating of A2, practically a zero-energy house. It includes as standard a fitted kitchen chosen by the owner, tiled and semi-wood floors, and fitted wardrobes.

I thought of the many young couples I know, wearily trudging around houses that have already rocketed out of their price bracket by the time they view them.

A home like this, with a mortgage up to €1,000 less than their current rent, would revolutionise their lives.

The Ó Cualann founders worked pro bono for 30 months to get the project off the ground and professionals agreed to defer their fees because the vision is so inspiring.

Ó Cualann aims to build communities, not houses, integrated across age groups, income, ethnicity, mobility and ability, but with a solid core of 70 per cent of people already living in the area. The model counteracts both ghettoisation and exclusion.

It would not have been possible if Dublin City Council (DCC) had not provided plots at a cost of €1,000 although they have a market value of approximately €30,000. DCC also waived development fees.

Ó Cualann only aims to make a 5 per cent surplus, which is re-invested into new projects, as opposed to the standard 25 per cent (or more) developers’ profit. Builders, people longing to be home-owners, and other community groups are queuing up to work with them.

Is it scalable? Absolutely.

Using its current design team and working with four additional contractors, Ó Cualann could commence an additional 980 units in the greater Dublin area within the next six to 12 months.

If other approved housing bodies (AHB) adopted this model, the AHB sector could commence over 3,000 units in the next nine to 18 months.

But there are bureaucratic bottlenecks everywhere. Even after the land is provided at a steep discount and the levies are waived, the rest is funded privately through applying for mortgages. And AIB is the only bank that will provide them.

There is a “clawback” provision to prevent people rapidly selling these houses at a profit and the other banks do not like anything that limits their control.

Other bottlenecks include local authorities sitting on land bought at vastly inflated prices during the boom.

There is no quick, single solution to this crisis, but there are clear ways forward.

That is why we need cross-party consensus and a decades-long strategy to push vitally important components of a solution, like the Ó Cualann model.

By prioritising the common good, this generation of politicians could achieve something even greater and more transformative than the pioneering of rural electrification in the last century. Homes for all who need them.