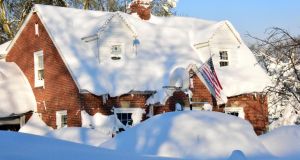 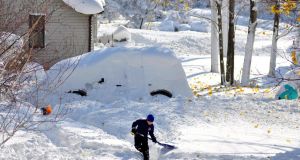 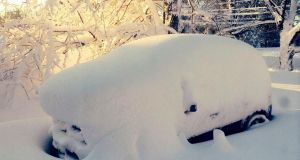 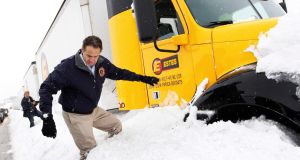 A powerful snowstorm swept across western New York state, creating snow drifts as high as houses, trapping people in their homes and forcing hundreds of motorists to abandon their cars on road that were quickly buried in the blizzard.

As much of the nation was plunged into a deep freeze, the sudden rush of cold air from the north created perfect conditions for moisture coming off the Great Lakes to create sprawling snow bands, the most ferocious of which settled over towns and communities just south of Buffalo on Tuesday. At least five people in that region died as a result.

Governor Andrew Cuomo declared a state of emergency and deployed the National Guard to help find and rescue stranded people. “Mother Nature is showing us who is boss once again,” Mr Cuomo said at a news conference in Erie County yesterday. “This snowfall may break all sorts of records. This is an extraordinarily difficult situation.”

The snow fell so fast that it quickly packed into a solid mass, making ploughing impossible in many places. The only option is to use heavy machinery to pick up snow and haul it away, said Mr Cuomo, asking people to stay off the roads.

Even though it is an area used to dealing with brutal winter storms, officials said they were struggling with the fallout of the storm while girding for another blast of winter weather.

Mayor Byron Brown of Buffalo said that clearing roads south of the city had been “slow going” and that “there is a long way to go” before the situation was under control.

The Niagara University women’s basketball team became stuck on the team bus and waited more than 24 hours for state troopers to rescue them.

“This is a very extreme event,” said Shawn Smith, a meteorologist at the National Weather Service in Buffalo.

Unlike a typical winter storm, the snow caused by the “lake effect” was not felt equally across the region. The divide was so stark that someone on a tall building in downtown Buffalo had clear skies overhead but could see a menacing grey wall of moisture and snow being swept up off the lake and driven south.

Yesterday there was only a dusting of snow in the city. But a few miles away, in the town of Evans, they were comparing the storm to the infamous blizzard of 1977, one of the deadliest snowfalls recorded in the region.

In Lancaster, where more than 60ins of snow fell in less than 24 hours, the streets looked like a stage set for a dystopian movie.

In New York City, record low temperatures were recorded at the airports, and it was not expected to warm up until the weekend.

Although the heaviest snow is expected to fall again around the Great Lakes, a few snow showers are forecast to drift into southern New England and western Pennsylvania.

Elsewhere in the US there is a mix of sun and rain. On Sunday warmer air will spread north east. The combination of the warmer air and rain will produce rapid snowmelt near the Great Lakes which could lead to minor flooding. New York Times Service