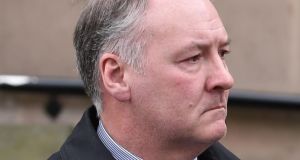 A surgeon who carried out needless breast operations has had his 15-year jail sentence increased to 20 years by judges.

Ian Paterson, who left his victims scarred and disfigured, was ordered to serve extra time behind bars by the UK’s Court of Appeal on Thursday.

The three-judge court, sitting in London, declared that the original jail term imposed in May was “unduly lenient”.

Their ruling came after the sentence was referred to the court for review by solicitor general Robert Buckland.

He was convicted in April by a jury at Nottingham Crown Court of wounding with intent and unlawful wounding against 10 patients.