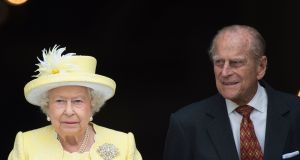 Queen Elizabeth and the Duke of Edinburgh have received their first dose of the Covid-19 vaccine, joining more than 1 million people in the UK who have been given the vaccine.

In an unusual move, Buckingham Palace – which rarely comments on the private health matters of the couple – announced that the 94-year-old head of state and her consort had been given the injection.

It is understood the queen decided the information should be made public to prevent speculation. A Buckingham Palace spokesman said on Saturday: “The queen and the Duke of Edinburgh have today received Covid-19 vaccinations.”

A royal source confirmed to PA Media that a royal household doctor had administered the injections at Windsor Castle.

The queen and Prince Philip have been spending the current lockdown in England at the castle.

The queen and the duke will have been in the second priority group for the vaccine, those aged 80 and older, after jabs were administered to care home residents and staff.

Discussions have reportedly been taking place in the UK government about how to deploy public figures to encourage people to receive the vaccine amid vaccine scepticism among some.

The British health secretary, Matt Hancock, tweeted: “I’m delighted that Her Majesty the Queen & HRH the Duke of Edinburgh have received their Covid vaccine. We are defeating this virus jab by jab.”

It is said that Prince Charles, the Duchess of Cornwall and the Duke and Duchess of Cambridge will let the public know when they have been inoculated. Charles and Prince William tested positive for Covid-19 last year but did not report any serious adverse consequences.

Queen Margrethe of Denmark, the third cousin of Queen Elizabeth, became the first European monarch to receive the coronavirus vaccine this week.

In 1957, Queen Elizabeth made public that Charles and his sister, Princess Anne, then eight and six, had been inoculated against polio with what was then a new vaccine. – Guardian