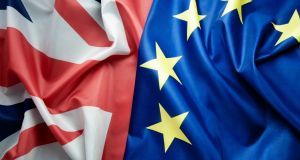 The Tory government has urged the EU to seek a new negotiating mandate from the 27 member states because the UK will not accept a Brexit deal involving the Border backstop.

Downing Street would be wrong to think it is already too late for MPs to stop a no-deal Brexit, the British Labour party has said.

The shadow health secretary, Jonathan Ashworth, said on Sunday he did not accept a claim, attributed to Dominic Cummings, Boris Johnson’s key adviser, that even if MPs were to pass a vote of no confidence in the prime minister in the autumn, the electoral timetable means that any general election would not take place in time to stop the UK from leaving the European Union on October 31st.

“There will be opportunities when parliament returns in September to stop no deal,” Ashworth told Sky.

The issue of what is or is not possible in September is crucial because Johnson has said he is determined to take the UK out of the EU at the end of October come what may. A majority of MPs oppose a no-deal Brexit, but opinion is divided as to whether they can mobilise in such a way in September as to stop this happening.

This view is based on an analysis from the House of Commons library saying that, because of the timetable for an election following a vote of no confidence under the Fixed-terms Parliament Act, the vote would have to be on Tuesday, September 3rd for an election definitely to take place before October 31st.

For a debate to take place on September 3rd, the first day back after the summer recess, Jeremy Corbyn, the Labour leader, would have had to table a no-confidence motion before recess. But that did not happen.

In an interview on Sky, Ashworth did not address the argument about the timing of a no-confidence motion, but said other mechanisms would be available to MPs in the autumn.

“Let’s see what happens in September,” he said. “Because the government will have to bring forward appropriate legislation to prepare for this Brexit no-deal exit that they want. And we will use all the means available to us, working across the parties – because we know there are plenty of Tory MPs who want to block no deal as well, particularly a lot of those who Boris Johnson, perhaps rather foolishly in retrospect, sacked from the cabinet two weeks ago.

“We’re working with MPs across the House of Commons, and we will work to stop no deal.”

In a separate development, Stephen Barclay, the Brexit secretary, has used an article in the Mail on Sunday to urge Michel Barnier to seek a new negotiating mandate from the EU 27 because the UK will not accept a Brexit deal involving the Border backstop. In the article, which is published under the headline “You don’t have a mandate now, Monsieur Barnier. Go back to you EU masters”, Barclay argues that the “political realities” have changed since the EU set out its negotiating mandate for Barnier to follow.

“Since the last mandate was agreed, 61 per cent of all the EU states’ MEPs have changed. Such a fundamental shift illustrates the need for a change of approach,” Barclay writes.

“Mr Barnier needs to urge EU leaders to consider this if they too want an agreement, to enable him to negotiate in a way that finds common ground with the UK. Otherwise, no deal is coming down the tracks.”

Johnson has said repeatedly that the backstop – the mechanism intended to keep Northern Ireland aligned to EU single-market and customs rules, to prevent the need for border controls with Ireland if the final Brexit outcome does not achieve this – must be abandoned. – Guardian