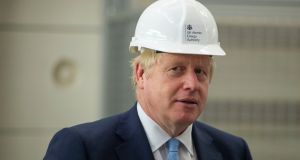 Boris Johnson’s chief of staff cancelled all leave for government advisers until October 31st in a missive on Thursday night, raising further speculation the UK government is planning for a forced snap election in the aftermath of the UK leaving the EU with no deal.

Special advisers were emailed by Mr Johnson’s senior adviser Edward Lister on Thursday night, saying there was “some confusion about taking holiday” and told none should be booked until October 31st, with compensation considered “on a case by case basis” for those who had already booked leave, though the email said advisers were free to spend their weekends “as you wish”.

“There is serious work to be done between now and October 31st and we should be focused on the job,” the email said. The new directive angered many recipients, who say staff are exhausted and are facing an unprecedented workload in September and October.

One recipient described the email as “posturing” and said special advisers, sometimes known as “spads”, are being used as part of the PR war to convince the public the government is serious about no deal.

Mr Johnson himself also wrote to all members of the civil service telling them the government’s main focus was now to prepare for a no-deal Brexit. In the letter, Mr Johnson said he wanted to underline that the UK would be leaving on October 31st “whatever the circumstances” and that the civil service must prepare “urgently and rapidly” as its top priority.

“I know many of you have already done a great deal of hard work in mobilising to prepare for a no deal scenario, so that we can leave on 31 October come what may,” the letter said.

“Between now and then we must engage and communicate clearly with the British people about what our plans for taking back control mean, what people and businesses need to do, and the support we will provide.”

Downing Street refused to deny on Thursday that a snap election would need to take place in the first few days of November if MPs forced a vote of no confidence in Mr Johnson in early September, but said the prime minister would ensure the UK had left the EU on October 31st.

It remains unclear if anti-Brexit MPs in parliament would be able to swerve a general election, as senior Labour and Liberal Democrat figures clashed on Friday over their parties’ apparent willingness to place conditions on any unity government or coalition prepared to stop a no-deal Brexit.

Labour’s shadow chancellor John McDonnell has said Labour would attempt to form a government in the 14 days following a confidence vote, in order to try to avoid a snap election, but ruled out Labour backing for any unity government candidate, such as a Tory veteran like Ken Clarke or Dominic Grieve.

Labour has said any MP wishing to stop no deal should give their backing to Jeremy Corbyn’s bid to form a government. However, on Friday the Liberal Democrat Chuka Umunna, a former Labour MP, claimed a “substantial minority” of Labour MPs would not support Mr Corbyn being prime minister.

“The problem there is with the prospect of Jeremy Corbyn taking up the role of leading an emergency government is he cannot command a majority among his own MPs, never mind others like Conservative rebels who would refuse to give him confidence,” he told BBC Radio 4’s Today programme.

“I know, because I have spoken to them, there is a substantial minority of Labour MPs at the very least who simply would not countenance Jeremy Corbyn being the prime minister of this country. So the question is, is there a figure who, as an alternative, could command a majority?”

Mr McDonnell tweeted after Mr Umunna’s comments that the Lib Dems appeared willing to risk no deal rather than back Labour.

“Umunna . . . making it clear that he’s putting his personal animosity towards Jeremy Corbyn and Labour before the interests of the country,” he tweeted. “The Lib Dems are clearly willing to watch the economy crash before they will put their party interests to one side.”

Mr Corbyn wrote to Sir Mark Sedwill, the cabinet secretary, on Thursday accusing the prime minister of plotting an “unprecedented, unconstitutional and anti-democratic abuse of power” if No 10 delays an election until immediately after October 31st if Mr Johnson loses a no-confidence vote among MPs.

In his letter, Mr Corbyn demanded urgent clarification of the purdah rules, which are meant to prevent the government taking major policy decisions during an election campaign.

He asked Sir Mark to confirm that if the UK is due to leave the EU without a deal during an election campaign, then the government must seek an extension to article 50 and allow an incoming administration to take a decision about Brexit on the basis of the result. – Guardian