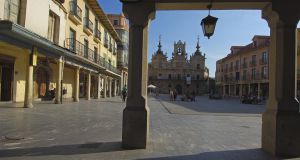 Some 30 men, who as children lived in the La Bañeza seminary in northern Spain, will take part in the demonstration in the town of Astorga. Photograph: Education Images/UIG via Getty Images

A group of former residents of a seminary are planning to stage a street demonstration on Saturday to demand that a priest who has admitted to sexually abusing boys under his tutelage face the full force of the Spanish legal system.

Some 30 men, who as children lived in the La Bañeza seminary in northern Spain, will take part in the demonstration in the town of Astorga. Among them are expected to be some of the victims of José Manuel Ramos Gordón, a former teacher at the seminary.

La Opinión de Zamora newspaper recently revealed that Ramos Gordón had admitted to abusing several pupils at the school in the academic year 1988-89, following an investigation by the Archbishopric of Astorga last year. In May 2016, he was suspended from his duties as a parish priest for “a period of no less than a year,” according to a decree signed by Archbishop Juan Antonio Menéndez, and he was sent to work in a home for retired clergy.

The probe began after a former pupil, identified only as FJ, wrote to Pope Francis in 2014, informing him of the case.

“I want us to be listened to and not to have this horror that we suffer silenced any longer, because we’ve already been ignored other times,” FJ wrote in the letter, detailing how he, his twin brother and two other boys were regularly sexually abused at night when they were 14 years old.

“When, finally, it was over, [Ramos Gordón] left as he had arrived, in complete silence and you remained there, broken, full of fear, crying, trying to understand and with the sad hope that the next night, perhaps, he wouldn’t come for you.”

Archbishop Menéndez apologised to FJ in a letter, writing: “I know fully well that nothing in this world can repair the damage done.”

However, Ramos Gordón received a tribute in a local church last autumn, during which he gave Mass, despite having been suspended from his duties.

Another man who said he was a victim of the abuse, identified as HH, described as “intolerable” the church authorities’ lenient treatment of Ramos Gordón and the fact he had been allowed to give Mass. “Perhaps they want to see a demonstration at the doors of the archbishop’s office, with all the media there,” he said, in a reference to this Saturday’s demonstration.

Those planning the protest are calling on possible victims from the priest’s other postings throughout his career to join them. It looks set to be a deeply embarrassing event for the church, which had not previously been involved in any confirmed cases of child abuse in the northern region of Castilla León.

While Spain has seen a handful of such scandals in recent years, it has not been rocked by them in the same way the Catholic Church has in the United States or Ireland.

On Thursday, the archbishop gave a press conference in which he promised a full investigation into abuse at both La Bañeza and another school where Ramos Gordón taught. He also pledged to tighten controls to ensure priests with a background of paedophilia are unable to find teaching work.