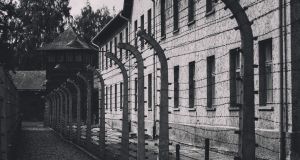 Under the proposed legislation, violators would face three years in prison for a mention of “Polish death camps.” Pictured is Auschwitz-Birkenau State Museum. Photograph: Istock

Poland has disputed claims that a new law to punish false references to “Polish” concentration or death camps will hinder discourse about the country’s Nazi occupation.

On Wednesday evening Poland’s senate, the upper house of parliament, passed a controversial bill making it illegal to accuse the Polish nation or state of complicity in the Holocaust.

The bill foresees fines and a three-year jail term for “anyone who, against the facts, publicly states that the Polish nation or state was responsible or co-responsible for Third Reich crimes”.

President Andrzej Duda, who is expected to sign the amended bill into law, says Poland has the right “to defend historical truth” against distortions.

Particularly problematic in Polish eyes is the recurring problem of Auschwitz being described as a “Polish death camp”, insinuating – intentionally or not – shared responsibility for what took place in Nazi-occupied Poland.

But the Israeli government, the Yad Vashem Holocaust memorial and many historians have attacked the law as an attempt to curb debate and research on complicity of individual Poles, or groups of Poles, in massacres of Jews during and after the Nazi period.

Israeli prime minister Binyamin Netanyahu has described the amended bill as an attempt to rewrite history and deny the Holocaust. Israel has proposed expanding its own Holocaust denial laws to include a five-year jail sentence for anyone denying or minimising the role of Nazi collaborators, including Poles, in Holocaust crimes.

Some 100 Polish artists, journalists and politicians have signed an open letter calling for the repeal of the bill they see as a national conservative attempt to make Poland “the only blameless nation in Europe”.

After the US state department urged Warsaw to rethink the bill, the foreign ministry in Warsaw hit back that the bill “does not inhibit free speech, freedom of research and scholarship, or freedom of history debate or artistic activity”.

The law adds the caveat that there will be no offence “if the criminal act ... is committed in the course of the one’s artistic or academic activity”.

More Poles than any other people – 6,706 – are honoured as “righteous among the nations” at the Yad Vashem memorial, for helping Jews survive the Holocaust.

But the fate of some Polish Jews at the hands of their non-Jewish neighbours, remains a hotly contested issue.

Research going back to the 1970s suggests around 1,000 Jews in Poland were killed by other Poles during and immediately after the period.

It remains disputed whether these killings were motivated by anti-Semitism, avarice or the general strife during the Nazi and Soviet occupations.

Historian Efraim Zuroff of the Simon Wiesenthal Centre in Jerusalem, warned against distorting history to blame Poland for the Holocaust, but said it was unacceptable to “whitewash” any crimes committed in occupied Poland,

“While the Polish state no longer existed,” he added, “many thousands of individual Poles either murdered Jews or informed on them to the Nazis.”