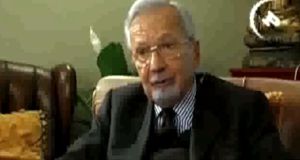 Licio Gelli, one of the most controversial public figures of the entire post-war era in Italy, died on Tuesday night in his private Villa Wanda residence in Arezzo at the age of 96. Internationally known as the man who controlled the influential masonic lodge “P2”, Gelli’s name turned up in a bewildering number of high-profile investigations.

Investigating magistrates argued that he was involved, directly or indirectly, in cases such as the 1980 Bologna train station bombing, the 1982 collapse of Roberto Calvi’s Banco Ambrosiano, the 1978 assassination of Christian Democrat party president Aldo Moro, and the 1974 collapse of the US Franklin National Bank, owned by the mafia-linked Sicilian and convicted murderer Michele Sindona.

Even though he was given a 10-year sentence for having “derailed” the Bologna station investigation and a 12-year sentence for his role in the Banco Ambrosiano collapse, Gelli actually spent little time in prison, living much of the last 20 years under house arrest at Villa Wanda.

A police report on Gelli in 1950 indicated much of his wheeler-dealer nature when recalling his wartime behaviour. A fascist sympathiser, 18-year-old Gelli fought for General Franco in the Spanish Civil War before serving with Hitler’s SS troops in Italy during the second World War.

When the Nazi German forces began to lose ground to the Allies in Italy in 1944, Gelli took self-protective measures. He began to supply key information about Nazi troop movements to the Italian partisan resistance fighters, thus ensuring his own post-war survival.

Outside Italy, the world first heard of Gelli on the morning of St Patrick’s Day in March 1981. That was when a police raid on Villa Wanda discovered a list of 1,000 members of his secret masonic lodge, P2, containing the names of politicians, judges, police officers, secret service officers, journalists and industrialists, including a certain Silvio Berlusconi.

Police also found a document titled Plan for Democratic Rebirth, which seemed to indicate (a) infiltration of the media, (b) trade union suppression and (c) a variety of constitutional reforms. A lengthy parliamentary commission of inquiry, led by Tin Anselmi, concluded that P2 was a criminal organisation which had intended to “undermine our democracy”.

By this stage, the resourceful Gelli was on the run in South America, probably in Argentina where, during the previous decade, he had cultivated good relations with populist dictator Juan Peron. In his book In God’s Name, David Yallop even claims that Gelli bought Exocet missiles for the Argentinian military regime for use in the 1982 Falklands/Malvinas War.

In recent years, the ageing Gelli had lived very much below the radar, emerging now and again to give interviews. It is an indication of his influence, however, that two years ago, magistrates investigating the alleged “negotiations” between the Italian state and Cosa Nostra in the 1990s, also questioned Gelli.

For the time being, it is hard to assess the Gelli legacy. There are those who would claim that, in the end, he achieved little other than the peddling of information and influence.

Others, however, would argue that he helped pave the way for political leaders such as Berlusconi and current prime minister Matteo Renzi. In a September 2003 interview with Rome daily La Repubblica, Gelli himself, perhaps somewhat mischievously, said: “When I look at the country now, when I read the papers, I think to myself that bit by bit, piece by piece, everything is being realised. Maybe, I should claim the copyright – the justice system, the TV system, the police forces, I wrote all that 30 years ago . . . ”