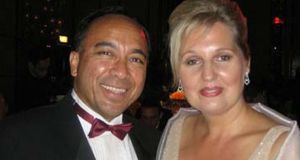 He was the perfect spy: a 61-year-old middle-ranking consular official with the Dutch ministry of foreign affairs, unassuming, efficient, liked by his colleagues, the archetypal grey civil servant – until one day last year he was arrested at Schiphol Airport on board a flight to Bangkok with four UBS sticks of classified information in his luggage.

Catching Raymond Poeteray was characterised at first as a coup for the Dutch security service, AIVD. But what emerged at his trial last week was that he hadn’t been caught soon enough. Since 2008, he had been passing highly confidential EU and Nato political and military information to Russia – the impact of which is still being assessed.

What is known so far is that Poeteray – who had served in the Dutch embassies in Hong Kong and Indonesia earlier in his diplomatic career – gave the Russians Nato intelligence about the civil war in Libya at the point where British and French jets were in the air against Gadafy’s forces and the future of the country was lying in the balance.


Sensitive facts
He also passed to Moscow information gathered during EU fact-finding missions in the former Soviet republic of Georgia at a time when relations between the two were fraught, as well as fresh data arriving in The Hague from sensitive Dutch peacekeeping missions in both Afghanistan and Kosovo.

These were no windy diplomatic dispatches bound for the obscurity of the archives: the information he provided was military and political, sourced on the ground, and always dangerously current.

In addition – in true John le Carré fashion­– Poeteray gave the Russians detailed and compromising information about the private lives of seven of his diplomat colleagues, making them potentially vulnerable to blackmail, although it’s unclear if any of them was ever approached.

All this is why the three judges who sentenced Poeteray to 12 years in prison for spying for the Russian Federation and “on assignment from the Russian foreign intelligence service” described him as “the Netherlands’ most significant spy of the modern era” who had “damaged the interests not alone of the Dutch state but also of its allies”.

In the world of secret intelligence, there is no greater embarrassment – as the UK found with Guy Burgess, Kim Philby, Donald Maclean and Anthony Blunt – than failing to spot a rotten apple in one’s own barrel, thereby leaving the secrets of your allies exposed.

What motivated Poeteray was money. The court found he “acted purely in pursuit of profit, to pay off his debts, and to be able to allow himself a certain lifestyle”. He was paid €72,000 in cash during the 2½ years from January 2009 to August 2011 alone – money he attempted to explain by claiming he had bought jewellery cheaply while serving overseas and had sold it off.

Here the story becomes even murkier and hints at a far wider European network of agents like Poeteray – perhaps similar to the 10-member Russian spy ring exposed in the US in 2010.

Poeteray was allegedly recruited by an Austrian engineer named Andreas Anschlag, who lived quietly with his wife, Heidrun, in the university town of Marburg in Germany. Their house was surrounded by armed anti-terrorist police in October 2011 and they were arrested and charged, also with spying for the Russians. Their trail is going on in Stuttgart and is expected to last until next month. By comparison with the Anschlags, Raymond Poeteray was an open book.


Fake documents
Although they have not admitted they were spies and have said nothing in court, they were allegedly using Austrian passports obtained on the basis of fake documents.

The German security services say they relayed the thousands of documents gathered from their agents back to Russia by satellite, in messages embedded in personal videos on YouTube, and even by “dead-letter box”, inconspicuous containers hidden in plain sight.

Their real names are not known, even apparently to their own daughter, who was born in Germany and is now studying medicine.

Anschlag’s lawyer, Horst-Dieter Pötschke, concedes he doesn’t know their real names either. However, they have allegedly confirmed to prosecutors that they are Russian citizens and the Russian embassy is providing them with consular assistance.

In Germany, it’s understood a spy swap has already been suggested by the German authorities, though nothing is yet agreed. In the Netherlands, Raymond Poeteray has another week in which to appeal – or begin 12 years behind bars.