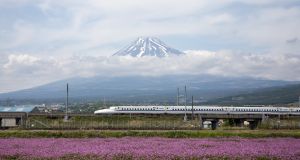 A Japanese rail firm has apologised ‘deeply’ for one of its services leaving 20 seconds ahead of schedule, despite receiving no complaints. Image: iStock.

They put a premium on punctuality in Japan.

A politician once had to drop out of an election after he delayed a bullet train by pushing staff to halt it for a campaign stop.

This time, though, it’s a rail company that’s apologising after the 9:44am train on Tokyo’s Tsukuba Express line left 20 seconds earlier than scheduled.

In a statement in Japanese on its website, management “deeply” apologised for the “severe inconvenience” caused to customers who missed the early departure and could not afford to wait for the next one, which was due four minutes later.

The conductor on board did not correctly check the train’s timetable, resulting in the early departure, the statement said.

Train officers have been told to fully follow basic instructions in future.

While issuing the mea culpa, the company noted that it actually had not received any customer complaints.

The Tsukuba Express railway connects Akihabara and Tsukuba, two towns that are about 60km apart in 45 minutes - give or take 20 seconds, according to the company’s website.