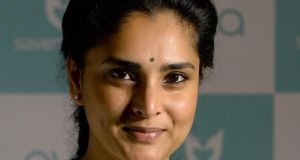 A court in India’s southern Karnataka province has adjourned a sedition case against a politician for praising the people of neighbouring Pakistan and lauding their hospitality.

This week the judicial magistrate of Kodagu district court, 240km south of the state capital Bangalore, deferred sedition proceedings against actor-turned-politician Divya Spandana, who is accused by a local lawyer of “appreciating the people of Pakistan, India’s nuclear rival”.

On recently returning from Islamabad, former Congress party MP Ms Spandana, better known as Ramya, said that Pakistan was a “good country” and its people were warm and welcoming to outsiders.

The 36 year old also challenged former Indian defence minister Manohar Paraikar’s pronouncement that going to Pakistan was the same as “going to hell”.

Lawyer K Vittal Gowda filed a sedition case against her under the antiquated section 124a of the Indian penal code that dates back to the British colonial era. If convicted of sedition, Ramya faces a fine and a jail term of up to 14 years.

Drafted by the colonial administration and introduced in the 1870s, the provision was used first against Britain’s enemies and later against Indians, such as Mahatma Gandhi fighting for independence.

After India’s independence in 1947, the statute was retained and used by successive governments against dissenters who opposed them or accused them of tyranny, corruption and abrogating human rights.

In 1962, India’s supreme court imposed limits on employing the sedition law, making incitement to violence a necessary condition for its invocation but, over years, this aspect has been observed more in abeyance than practice.

Legal activists said some 140 sedition-related cases are currently under adjudication. “In most cases the charges have rarely stuck, but the process itself becomes the punishment,” says Jayshree Bajoria of US-based Human Rights Watch.

In one such instance, a cartoonist was charged with sedition following a complaint that his drawings mocked the Indian constitution, while in another 60 Kashmiri students were similarly accused for cheering Pakistan in a cricket match against India.

In August 2014, the authorities in southern Kerala state charged seven young men with sedition for refusing to stand up when the national anthem was played in a cinema hall.

Some 23,000 protesters were arrested for sedition in 2012 and “waging war against the state” after they campaigned against the commissioning of a civil nuclear power plant in southern Tamil Nadu province on the grounds of it being a health hazard.

All those charged with sedition have to surrender their passports and automatically become ineligible for government jobs. They are also required to be present in court when summoned. The proceedings can go on for several years in India’s notoriously slow judicial system.

In 1951, independent India’s first prime minister, Jawaharlal Nehru, called the sedition law “highly objectionable and obnoxious” and demanded it be scrapped, but 66 years later his wishes are nowhere near fruition.