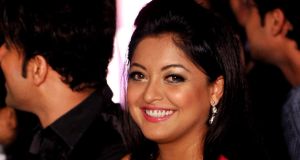 The #MeToo movement against sexual harassment, which erupted in India’s Bollywood film industry last week, has spread to the country’s entertainment sector, media and political classes.

Since Monday it has led to several actors, public personalities and journalists either resigning or apologising for ignoring allegations of sexual harassment at their workplace or for dismissing them as “baseless”.

India’s #MeToo movement was sparked when former Bollywood actress Tanushree said in a recent interview that she was sexually harassed by leading Bollywood star Nana Patekar while shooting a film in Mumbai in 2008.

At the time, she claimed to have attempted to register several complaints against Patekar, but failed as authorities ignored her. Tanushree further claimed that she and her family were threatened and physically harassed in return, following which she quit Bollywood.

The former actor’s account emboldened other women who had suffered similar sexual harassment at their places of employment, resulting in a flood of allegations against well-known personalities.

This, in turn, resulted in several leading Bollywood directors and actors admitting to the charges against them and issuing apologies for their past behaviour.

The head of comedy group All India Bakchod, one of India’s leading entertainment groups, resigned after admitting he had ignored allegations of sexual abuse against one of its stand-up comedians and allowed him to continue producing content.

The political editor of the widely circulated Hindustan Times stepped down in Delhi late on Monday night following allegations of harassment by a junior female college. Several other senior journalists in major national dailies have also been asked to relinquish their posts pending investigation of similar charges against them.

But the most explosive allegations are those against junior foreign minister and former journalist and author MJ Akbar, who has been accused by a female reporter of “preying” on her during a job interview in his hotel room in Mumbai several years ago.

“Turns out you were as talented a predator as you were a writer. It was more date, less interview,” Priya Ramanideclared in an article in Vogue magazine last year, which she now says was about Akbar conducting the interview after asking her to sit beside him on his bed.

“You sang me old Hindi songs after inquiring after my musical preferences. You thought you were irresistible,” she wrote.

“I escaped that night . . . I worked for you for many months [thereafter] even though I swore I would never be in a room alone with you again.”

Akbar is in Nigeria and unavailable for comment; the foreign ministry, headed by a female minister, also declined to discuss the allegations.

Meanwhile, federal minister for women and child development Maneka Gandhi said it was “important to understand that all these women who are coming out are those who know the consequences of speaking out against sexual harassment, but yet have shown courage and should be heard”.