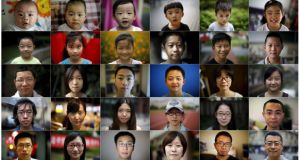 On the streets of Beijing, there are an increasing number of pregnant women pushing prams, formerly a rare sight in a city where the one-child policy of population control held sway for more than three decades.

In the cinemas, commercials advertise cars with two child seats. The lifestyle Ikea idealises depicts a big sister and a younger brother playing in the kitchen.

Doctors in Beijing and Shanghai say they are expecting a baby boom. In the capital, medical experts are predicting more than 400,000 births this year, double the average figure for the past few years.

At the start of this year, lawmakers implemented landmark changes to the one-child policy, originally designed to control population. After 35 years of restricting births to one per couple, many citizens are now allowed to have more than one child.

There is a palpable feel-good factor about the new rules, which came into force earlier this year.

“Many people have asked me why I am having a second child in this day and age. I want to say that it is the most beautiful feeling . . . My nine-year old son accompanies me, all the hard work is suddenly worth it, a baby is the best gift a mother can give,” said one mother called Peipei.

For others, having more children is a way of grounding oneself in a society seen as too materialistic and value-free.

“In this society which so values material wealth, is full of competition, the best things that we can leave to our kids are not property and money – siblings are the best gift we can provide,” wrote Qiangeshan, another mother having a second child, on Weibo social media.

Although the number of children to be born in the big cities may rise, the numbers outside the tier one cities – Beijing, Shanghai, Guangzhou, and Shenzhen – could be lower.

China’s family planning authority said about two million Chinese couples had applied to have a second child by the end of 2015. Demographers say this is lower than the government had hoped for, and would mean the burden on those in work is set to jump drastically as the population ages.

According to data from the United Nations, by 2030 the number of Chinese people aged over 65 will increase to 243 million, compared to 131 million now.

Just because people can have more children doesn’t mean they will, especially in the emerging middle class, which is seeing lower birth rates due to increased education costs in an extremely competitive environment. Birth rates in other east Asian countries are also very low.

The debate about whether to have two children has been robust on social media. Generations of single children born during the period of the one-child policy have been harshly criticised by older generations as being selfish and greedy, despite the fact that the children had little say in the matter.

When the one-child policy was partially relaxed in 2014, the birth rate fell. Some population experts said this was because people wanted to wait for the Year of the Monkey, an auspicious year to have their child.

In a bid to boost the birth rate, many provinces are introducing better parental leave rules. However, these are focused on the mother, and there is little sign of changing the rules to allow for greater gender equality.

There are also efforts to encourage people to get married younger, including a 30-day holiday for those getting hitched. Birth application procedures, which can take months, are being streamlined.

There are other societal hurdles to be vaulted, such as the low number of non-marital children. Other countries have found that non-marital births can boost the birth rate – in Ireland for example, over one third of births in 2014 were outside marriage.

If a couple has a child out of wedlock in China, the couple is fined and the child does not have access to public education and healthcare. So there are strong deterrents.

As thing stand, China, where foreigners account for less than 0.1 per cent of the population, may have to start thinking about immigration.