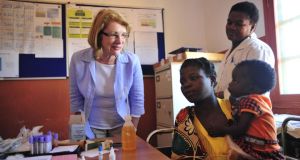 Armed militia linked to Mozambique’s opposition party Renamo attacked a police station yesterday hours after the former rebel group announced it would no longer adhere to the peace deal that ended the country’s bloody civil war.

The raid on the police station in the central town of Maringue by Renamo members was in retaliation for an attack by government troops on their jungle base on Monday, which forced the party’s leader Afonso Dhlakama to flee.

Yesterday’s incident has raised fears in Mozambique that the stability needed to maintain its impressive economic growth rate over the past decade may be threatened if violence between the two groups that fought a bloody civil war between 1977 and 1992 keeps escalating.

The peace deal between Renamo and Frelimo – the latter has been in government since 1994 – has allowed the country to develop from one of the world’s poorest nations into one of its economic success stories over the past decade.

Mozambique has posted annual economic growth rates of more than 7 per cent for eight of the past 10 years, and its natural resources – which include large mineral deposits and offshore gas fields – have been attracting large-scale foreign investment.

Irish companies, including Kenmare Resources (mining), Kentz (engineering) and Tullow Oil (oil exploration), have significant investments in Mozambique, and Irish Aid counts it as one of its key partner nations.

The Frelimo government’s takeover of the base in the Gorongosa region of Sofala province followed a number of clashes in the area between the army and Renamo over the past year, the latest of which occurred last week.

Renamo raids in April and June, which reportedly left at least 11 soldiers and police dead, have already raised fears for stability in Mozambique. It forced a temporary suspension of coal exports sent by rail to the coast and undermined tourism.

But the group’s decision to withdraw from the peace deal is seen as the most ominous development to date.

Renamo spokesperson Fernando Mazanga told news agencies that Monday’s attack by government forces started with a shelling of the base using heavy weapons. Soldiers were then sent into occupying it.

He said Mr Dhlakama, who last year had returned to the former Renamo civil war stronghold with a force to retrain their former fighters, had escaped.

“He’s called me and says that he’s in good health,” he said.

Mr Mazanga added that Monday’s attack on their base marked “the end of multiparty democracy”.

“The president of Renamo has lost control of the situation and you cannot blame . . . [him] for what happens from here on,” Mr Mazanga said before adding: “The guerrillas are scattered and will attack without taking any orders.”