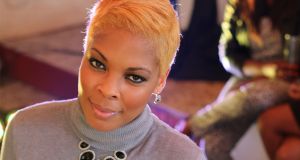 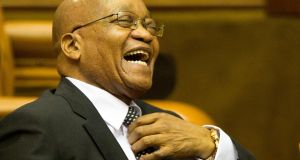 South Africa’s ruling party likes to portray an image of invincibility. The African National Congress will, in the words of President Jacob Zuma’s oft-repeated mantra, “rule until Jesus comes”.

However, if court papers lodged recently at Johannesburg’s high court by a media consultant are to be believed, the party is far less confident in its indestructibility at the polls than it lets on.

According to Sihle Bolani, the ANC planned to spend about 50 million rand (€3.5 million) on a secret media operation targeting opposition parties aimed at discrediting them ahead of the 2016 local government elections last August.

In her submissions, Bolani detailed how the operation, initially called the War Room, was set up in April to disempower the Democratic Alliance and the Economic Freedom Fighters by disseminating disinformation that would not be traced back to the ANC.

Tactics included setting up a news website and chat show that appeared to be independent but would run pro-ANC stories; recruiting celebrity “influencers” to set an ANC agenda on social media; and printing and deploying fake opposition party posters that undermine the movements.

For her managerial role in the covert operation Bolani said the ANC agreed to pay her 2.2 million rand (€160,000). She claims financial mismanagement by those who brought her on board resulted in the operation descending into chaos and shutting down in July.

After failing to secure her payment, Bolani said she agreed to a million rand settlement in December. When this amount was not paid in full by mid-January, she said she decided to seek the original sum through the courts.

Bolani fingered businessman Joseph Nkadimeng, party activist Shaka Sisulu (grandson of the legendary ANC activist Walter Sisulu) and ANC general manager Ignatius Jacobs as the three senior men she dealt with in relation to the alleged campaign. Nkadimeng was the project financier who brought her in. Sisulu oversaw the operation and Jacobs was the ANC point of contact, she claims.

For now, the scandal appears to be the fallout from a genuine media “black op” gone wrong, or a money-making scheme set in motion by ruling party members, or a blatant attempt to discredit the former liberation movement.

In an interview with the not-for-profit investigative journalism group amaBhungane, Bolani described the campaign as effectively a “propaganda machine”. “A lot of the work they needed us to do they didn’t want it to be branded ANC . . . I think the intention with this vehicle was to do all the stuff that they can’t do as the ANC. So I think the directive from [Jacobs] was ‘go crazy just don’t link us’ to it.”

Some of those Bolani has accused have relayed their own version of events.

The ANC initially said there was no truth in the allegations that it was involved in such a project and that it had no knowledge of it. But Jacobs has since submitted an affidavit to the high court, on behalf of the ANC, confirming that Bolani was part of the party’s official campaign team before the municipal elections.

He denied that she was owed money, saying she had volunteered. Jacobs maintained he signed the 1 million rand settlement agreement “as a gesture of good will”.

Sisulu also admitted to briefly working with Bolani, but denied it was in relation to a covert operation. “These reports are inherently false, exaggerated and no doubt intended to discredit, in part my reputation, and most significantly the name of the African National Congress,” he said in an initial statement.

Sisulu later insisted the PR team he put together was an informal one involving concerned party supporters who volunteered their time. He said they never intended carrying out a “smearing” campaign against opposition parties.

The ANC’s top brass continue to deny any knowledge of the operation, but ANC secretary general Gwede Mantashe has confirmed that internal investigations are taking place.

The Johannesburg high court has adjourned Bolani’s case to a later date, deeming it not urgent.