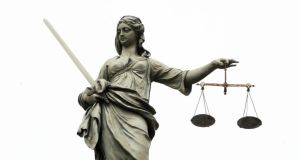 A woman who claims she had to flee Botswana because she refused to train for a tribal role known as a “fetish priestess” in her village has been permitted to bring a new legal challenge to a decision refusing her protection here.

The 34-year-old woman is a pygmy and Pentecostal Christian and claims it would be contrary to her beliefs to become a fetish priestess, a figure who seeks the favour of the god of a fetish shrine by offering money, liquor, animals and, in some places, human sex slaves.

Cave incarceration
She claims the elders of her village had insisted she become a fetish priestess at 30 when she was taken to local caves.

She escaped when the elders went to gather roots for the induction ceremony, she said.

She travelled to Gaborone, the capital of Botswana, to stay with an aunt but there was a confrontation there with village elders and family who insisted she return. She claims she then went to the UK where she was refused entry and sent back to Botswana. She eventually arrived here in January 2009.

After refusing her claim for subsidiary protection, the Minister for Justice made a deportation order in January 2011 which she challenged in the High Court. It refused judicial review and also refused a certificate for leave to appeal that decision to the Supreme Court.

Following a European Court of Justice decision in 2011 in a separate case, the woman brought further proceedings, arguing that an EU court decision allowed her bring a new challenge to the Minister’s refusal of subsidiary protection.

Credibility assessment
It was claimed the European decision meant her lawyers should be allowed argue there must be an independent assessment of the woman’s credibility before refusing subsidiary protection. Mr Justice Gerard Hogan, granting leave to bring a new case based on the subsidiary protection issue, ruled she was entitled to rely on the decision in the separate European Court case.