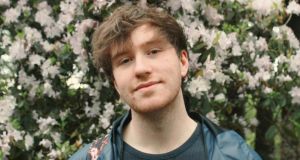 Michael Dooley quit his full-time job in an off-licence just days before the State lockdown was announced.

Young people have been “disproportionately affected” by job losses in recent weeks, according to the Economic and Social Research Institute (ESRI).

And they have been hit not just by a loss of income but also by social stigma, some students say.

“You get a lot of welfare hatred on Twitter and Facebook towards young people,” says final-year Trinity College Dublin student Michael Dooley, who applied for the State’s Covid-19 unemployment payment after he lost a planned six-month paid internship.

“I know some people who feel very guilty about applying for the payment. Some of them worked nearly full time before the pandemic but have decided not to apply because of that guilt. But it’s everyone’s tax money, it’s very misguided.”

More than half of people aged 18-24 who were working before the coronavirus pandemic are now claiming the State pandemic unemployment payment.

In contrast, just over 20 per cent of workers aged 25-34 are availing of the payment.

“The scale of job losses is astronomical and young people are bearing the brunt,” says ESRI economist Dr Barra Roantree, who compiled the data.

Mr Dooley is one of the 135,000 people aged 18-24 who were working before the virus outbreak and are now claiming the State benefit.

Just days before the State lockdown was announced, the 22-year-old quit his full-time job in an off-licence in anticipation of taking up the paid internship.

“Up until very late I was still convinced the new job was going ahead and, if not, it would be put on hold for a month or two. But then I was told they were going to cut the whole programme.

“This wasn’t just an internship, it was very much a monetary requirement. I worked my way through college. I wasn’t just losing an opportunity, I had lost financial security.”

Mr Dooley struggled to secure the Covid-19 unemployment payment as he had left his full-time job voluntarily but he was granted it after four weeks, following his third application.

Union of Students in Ireland president Lorna Fitzpatrick says the lockdown has created deep uncertainty for students who are about to graduate, while those who relied on summer work to pay for fees and accommodation are at risk of dropping out.

“In the previous recession there was the opportunity to travel abroad but this is a global downturn.”

“It’s very unhelpful to divide society into cohorts and target them individually at this time. This virus doesn’t discriminate against anybody and we need to look at society in that way.”

Dr Roantree found nearly 70 per cent of people working in the hospitality sector and more than half of those in construction are claiming the Covid-19 support payment.

High numbers of people working in the arts, administrative jobs and retail are also relying on pandemic support.

Dr Roantree expressed concern for the almost 100,000 renters who work in hospitality, construction and the arts and have lost their jobs and may now struggle to meet rent payments.

Central Statistics Office figures released earlier this month show the Republic’s unemployment rate trebled to a record 16.5 per in March, higher than the 16 per cent recorded at the peak of the financial crisis.

However, if those now availing of the payment are classified as unemployed the total rate of joblessness rises to 28 per cent, says Dr Roantree.