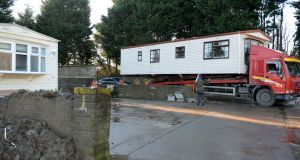 A report into mental health services for Travellers has called for a more targeted approach from state agencies to tackle a higher than normal suicide rate in the Traveller population.

The report launched by Pavee Point on Wednesday has described mental health services for Travellers as inadequate, highlighting figures showing the the suicide rate among them is six times the national average.

Speaking at the launch, Traveller health worker, Michael Collins said that in his work he has had to make up to 20 phonecalls to get a response from service providers.

“It’s people’s lives we’re dealing with and I feel we can all do a lot more,” said Mr Collins.

The report “Young Pavees – their Mental Health Needs” was published by the Pavee Point Traveller and Roma Centre and was launched by Anne O’Connor national director of the HSE’s mental health division.

The study took three years to complete and encompassed over 10,500 Traveller families in the Republic of Ireland and Northern Ireland.

The “Young Pavees” report recommends Traveller-led support services be set up to encourage discussion about mental health and depression in the Traveller community and that positive mental health and coping mechanisms be communicated to young people in early secondary education.

Co-director of Pavee Point Ronnie Fay said Travellers needed to be granted ethnic status to address the imbalances in health outcomes between Irish Travellers and the rest of the population, saying progress had been “piecemeal.”

The state has argued, at various points, that ethnicity was not proven and granting recognition would prove too costly.

“If ethnicity is recorded we can measure health outcomes for particular minority ethnic groups. A whole range of United Nations bodies have told the state they need to have aggregated data on the basis of ethnicity. It’s of benefit to give Travellers ethnicity because you can be warned of any issues and make targeted measures to mitigate against those issues,” she said.

Ms Fay said the case where Travellers were evicted from their halting site in Dundalk last week “is symptomatic of wider issues Travellers face”.

“There are many Dundalks all around the State and the Government needs to develop much more robust implementation frameworks,” she said.

Ms Fay said there was a need for an independent statutory agency to ensure policy implementation for Traveller issues is pursued.