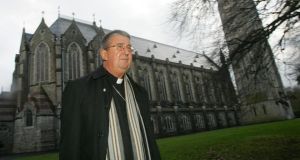 Traveller identity must be given legal protection, Catholic Archbishop of Dublin Diarmuid Martin has said.

It “must be shielded, protected and fostered. It must be assigned legal protection in a manner which prizes an identity which is irreplaceable,” he said.

“If every element and species within God’s creation deserves protection, so also does the cultural heritage of any people and their own special identity,” he said.

“We have to address more effectively the needs of the members of the Travelling community where all the indications are that they persistently remain among the most disadvantaged educationally...

“What does that say about our attitude and respect for Travellers? Why were your young boys and girls treated in such a way?” he asked.

‘A true friend of the Travelling people’

He had “placed his talents fully at the service of the Travellers and their place in society...You know just how much Fr Derek loved his work and loved those who were entrusted to his care. ”

The Parish of the Travelling Community “is something which is unique”, Archbishop Martin said.

“We all have reason to be grateful to Cardinal Connell for his foresight in establishing this unique parish which responds to the needs of Travellers.