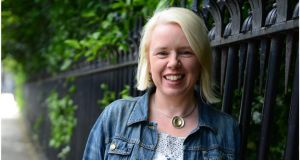 Karen Kiernan of One Family: “This reform process is forcing lone parents who are already working part-time to give up their jobs because they no longer meet the eligibility criteria and because work does not pay, meaning even greater poverty.” Photograph: Bryan O’Brien

Tánaiste Joan Burton will today meet lone parent groups as pressure mounts on the Government to delay welfare reforms which will affect 30,000 lone parents from next month.

Under the changes, lone parents on welfare will be required to seek employment or training as soon as their youngest child reaches seven years of age.

The Government argues the move is aimed at enabling one-parent families move out of welfare dependency and access education and employment.

But lone parent groups say the reforms will end up penalising thousands of single parents working part-time and could force many to give up work.

Official figures compiled by the Department of Social Protection indicate the majority of lone parents will experience no income changes or will gain after the changes come into effect on July 2nd next.

A key focus is on at least 4,000 lone parents who stand to lose out because they are currently working 19 hours or more and claiming the family income supplement.

Karen Kiernan of One Family, which is meeting Ms Burton today, has called on the Government to revisit the changes which, she says, may force many to quit work.

“This reform process is forcing lone parents who are already working part-time to give up their jobs because they no longer meet the eligibility criteria and because work does not pay, meaning even greater poverty,” she said.

Latest figures indicate that two-thirds of lone parent families live in deprivation and suffer the highest poverty rates, even though just over half are in the labour market.

Ms Kiernan said there has been a surge in calls to its helplines from parents in recent weeks who stand to lose out and say they are unable to get clarity on crucial issues from their local welfare offices.

“We know it is poverty and not family form that has the greatest impact on outcomes for children, yet this reform is doing little to remove the practical barriers lone parents face in returning to work and education, such as affordable, accessible childcare,” she said.

Lone parent groups have been involved in a behind-the- scenes lobbying campaign, focusing on Labour Party backbenchers in particular, to persuade the Government to revisit the planned changes.

But well-placed Government sources say there is little prospect of changes as next month’s reforms are the final element of a process which began two years ago.

Ms Burton has argued that the existing welfare scheme has been unsuccessful in lifting lone parents out of poverty because it is passive in nature and has created a dependency on welfare.

Her officials say many lone parents who are working part-time and receiving welfare would actually benefit, if they increase their working hours to 19. This would entitle them to the family income supplement and the new back to work family dividend.

They acknowledge, however, that at least 4,000 of those working more than 19 hours stand to suffer an income loss. Lone parent groups, however, say the numbers losing out could be many times that number.

A spokesman for Ms Burton said lone parents could help avoid these losses by working more hours and availing of subsidised childcare supports.