‘Now when I need some help I don’t get it because of my age,’ says laid-off hotel worker (68) 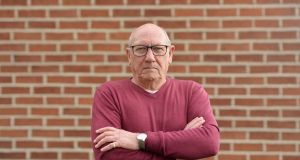 Neal Jones (68) was laid off due to the crisis and is not entitled to the Covid-19 unemployment benefit. Photograph: Alan Betson / The Irish Times

A growing number of older people, laid off in recent weeks, are angry at not qualifying for the Covid-19 unemployment benefit and have added their voices to calls for the upper-age limit to be waived.

The Covid-19 Pandemic Unemployment Payment of €350 per week is available to anyone aged 18-66.

The Department of Social Protection says anyone over 66 who was working is still entitled to a contributory State pension, worth up to €248.30 per week.

However, Age Action Ireland says age should not be a barrier to access the Covid-19 payment. “We are aware from contacts to us that many people are facing very real hardship because the State pension is simply not adequate to meet their needs.”

Many older people are working as they need additional income for health insurance, life insurance, rent or to run a car, says the organisation. And because this cohort was working, most were not entitled to benefits like the fuel allowance or the household benefits package, which covers the cost of the television licence and helps with utility costs.

Neal Jones (68) was, like his colleagues in a Dublin hotel, temporarily laid off last month, due to the coronavirus outbreak.

He worked 40 hours a week as a night-porter and after tax and PRSI brought home just under €400 a week. Like his colleagues he applied for the Covid-19 Pandemic Unemployment Benefit of €350 per week. Unlike them, however, he was turned down.

“I filled in the form and delivered it myself to the Intreo office. Two days later I got a letter saying I didn’t qualify because it was only paid to people between the ages of 18 and 66. I was hurt and I was disgusted. I have worked there for four years, paying my taxes and PRSI like all my colleagues, never taking a penny from the State and now when I need some help I don’t get it because of my age.”

From South Africa originally, he had never applied for a State pension, saying he understood he would not qualify for one.

“Everyone tells me now I should get the pension. I have filled in the forms for that but it will take about eight weeks because the staff in the welfare office are so busy processing the Covid-19 forms. I haven’t a penny at the moment. I am very, very stressed.

“What really has my blood boiling is that the Minister [for Health Simon Harris] said everyone would be looked after – everyone, regardless of age, race, status in society.”

His wife, an office worker, is working from home but, he says, her salary does not cover their costs – €1,600 a month rent, €295 a month on health insurance, about €150 a month on gas and electricity, plus the costs of broadband, TV licence and groceries.

In a similar situation is Noreen (67) who does not wish to give her surname. She has worked in a bathroom retail shop in Dublin for 24 years. Like Jones, she was the only one in her workplace refused the Covid-19 unemployment payment. “I feel victimised. I feel useless,” she says.

The department says older laid-off workers can apply for a once-off exceptional needs payment from the community welfare office.

Noreen says however : “I don’t want to do that, ask for a handout. It’s humiliating.”

Mandate trade union, which represents 40,000 retail and hospitality workers, has had a “constant stream” of calls about the issue from older members. John Douglas, general secretary, described the policy as “clearly discriminatory” adding it “needs to be amended”.

“The bizarre thing is if they sacrificed their State pension for the Covid unemployment payment they’d be better off.”