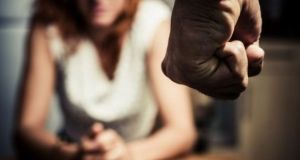 The convention, which includes 72 actions, obliges signatory states to ‘protect women against all forms of violence, and prevent, prosecute and eliminate violence against women and domestic violence’. Photograph: iStock

After many years of campaigning by women’s groups, the Government on Friday ratified the Istanbul Convention - a key international instrument to tackle violence against women.

Though Government signed the Council of Europe Convention on Preventing and Combating Violence Against Women and Domestic Violence, known as the Istanbul Convention, in November 2015, it has taken over three years to put the legislative framework in place to enable ratification.

The convention, which includes 72 actions, obliges signatory states to:

“protect women against all forms of violence, and prevent, prosecute and eliminate violence against women and domestic violence;

“contribute to the elimination of all forms of discrimination against women and promote substantive equality between women and men, including by empowering women;

“design a comprehensive framework, policies and measures for the protection of and assistance to all victims of violence against women and domestic violence;

“promote international co-operation with a view to eliminating violence against women and domestic violence” and;

“provide support and assistance to organisations and law enforcement agencies to effectively co-operate in order to adopt an integrated approach to eliminating violence against women and domestic violence”.

Dunja Mijatovic, the council’s commissioner for human rights, noted ratification on Twitter, saying: “I welcome #Ireland’s ratification of the #IstanbulConvention on the International #WomensDay - 34th @coe state to ratify. And I urge all member states to ratify and fully implement this landmark instrument to #EndViolenceAgainstWomen” .

Women’s Aid, which supports women and girls experiencing abuse in Ireland, said the Government must now “step up” fully to the commitments made in ratifying the convention.

Director Margaret Martin said “the ratification of the Istanbul Convention is a major milestone in tackling domestic, sexual and gender based violence. At the heart of any progress there must be the increased safety and protection for women and children affected by domestic violence.

“Only effective implementation, including resourcing, will make a very real difference. It is worth remembering that one in five women experience some form of domestic abuse in Ireland and our 24-hour national helpline responds to 50 calls a day.”

She said there was “no reason not to prosecute and properly sanction offenders.

“An Garda Síochána will have to respond to calls for help, collect evidence and assess the risk of further violence to adequately protect victims. Judicial proceedings will have to be carried out in a manner that respects the rights of victims at all stages of the proceedings and that avoid secondary victimisation.

“ And the State will have to account for progressing this implementation of the convention through a monitoring system that sees a key role for NGOs in providing information on change. Making the change real for women and children and increasing their safety should be the most important priority.”