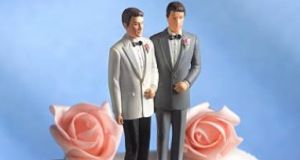 Two male friends in their 80s plan to marry next month to avoid paying inheritance tax when one inherits the older man’s home.

Michael O’Sullivan from Stoneybatter, north Dublin, said he has been friends with Matt for almost 30 years and is now Matt’s carer.

Neither is gay but they have decided getting married is “not a bad idea” to avoid a large tax bill when Matt leaves his north Dublin home to Mr O’Sullivan in his will.

Matt (85) told RTÉ’s Liveline on Friday that Mr O’Sullivan was his best friend and they were marrying “because he will be part of my life when I die and whatever I have, ie my home, there will be no problems, he can have it.”

Capital Acquisitions Tax (Cat) applies to gifts and inherences over specified values. The 33 per cent rate does not apply to gifts or inheritance given to a spouse or civil partner.

Matt said the marriage was a way to avoid this tax. “If he is to pay to look after me in my old age. I thought it was a very good thing that came into my head to say, nowadays, this is official.”

Matt said he had not married and Mr O’Sullivan was divorced with three adult children.“With the house, this is the easiest way,” he said.

Mr O’Sullivan explained he had known Matt for 29 years. Recently “Matt said to me ‘look, I’m going to leave you the house’. I said it’s a nice idea but because of tax reasons I’d have to pay half to the Government.

“But once we are married, I’m his spouse then and if one partner dies, the house automatically goes to the other partner.”

Mr O’Sullivan said his children had no concerns with the decision as they had known Matt a long time. “I love Matt, but not in a sexual way. I’m his carer now and as Matt said to me one day, ‘it isn’t a bad idea’.”

The pair had planned to marry in Cashel, Co Tipperary, on December 22nd but have deferred the wedding until January due to concerns over the weather.