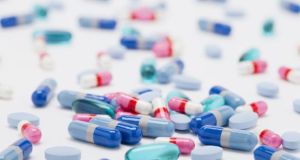 Disability groups have welcomed an instruction that pharmacists inform women of child-bearing age the risks of taking medicines, used to treat migraine and epilepsy, containing valproate.

The Pharmaceutical Society of Ireland (PSI) said on Thursday from now on pharmacists must warn any woman or girl who was, or could be, pregnant the risk to babies in the womb if they take valproate.

“We cannot overstate the importance of informing patients of the risks associated with medicines containing valproate, which are used in the treatment of epilepsy and bipolar disorder,” said Niall Byrne, registrar of the PSI.

“Patients must be counselled and provided with a package leaflet and alert card on each occasion these medicines are supplied. Anything less than this is not acceptable.”

Valproate is included in some drugs used to treat epilepsy - such as Epilim -, as well as bi-polar disorder and migraine.

Joan O’Donnell, chairwoman of the FACS (Foetal Anti-Convulsant Syndrome) Forum Ireland, an umbrella of patient and disability organisations, described the PSI move as “really good” but warned “the devil will be in the detail”. The instruction “must be implemented and it must be monitored”.

Peter Murphy, chief executive of Epilepsy Ireland and member of the FACS forum, said his organisation “absolutely welcomes” the development, having long campaigned for warnings on packaging about the risks associated with valproate.

“We would strongly encourage anyone who receives valproate from now on without the leaflet or the alert card to report to the PSI. The matter is too serious and it can’t be assumed that women taking this drug are aware of the risks.”

The instruction to Irish pharmacists does not go as far as the recommendations from the European Medicines Agency earlier this month.

The FACS Forum and Epilepsy Ireland will meet Minister for Health, Simon Harris, next month to discuss a number of issues, including a possible public inquiry into the use of valproate by pregnant women here.