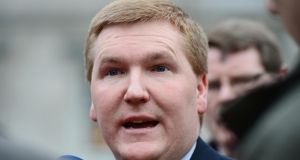 Stand-alone legislation may be required to ensure that money raised from carbon tax is ring-fenced to be reinvested in climate-friendly policies, the Fianna Fáil front bench has been told.

Michael McGrath, the Fianna Fáil finance spokesman, gave an update to his party’s senior TDs on carbon tax on Tuesday.

They met Mr Donohoe again on Tuesday in preparation for the budget on October 8th and an increase in carbon tax is set to be one of the main elements of the final tax-and-spending package before the election.

Mr McGrath told senior Fianna Fáil TDs that legislation may be needed to establish a stand-alone fund to house cash raised from carbon tax to ensure it does not get pulled into the wider exchequer pot and spent on non-climate related measures.

Fianna Fáil leader Micheál Martin earlier this year said he wanted any increase in carbon taxes to be ring-fenced to be reinvested in areas such as grants for retrofitting homes.

Taoiseach Leo Varadkar had floated a number of options, such as the so-called ‘cheque in the post’ approach, which would see every taxpayer receive a dividend cheque for paying carbon tax.

But speaking at the United Nations climate summit earlier this week, Mr Varadkar said any revenue raised would be ring-fenced to pay for coping with climate action and helping the poor deal with higher fuel costs.

Mr McGrath’s comments raise the prospect of a new climate fund with statutory footing, although the Department of Finance has traditionally resisted ring-fencing money raised from individual taxes.

The all-party Oireachtas Committee on Climate Action recommended carbon tax should be increased from €20 per tonne to €80 per tonne by 2030, with the 10-year trajectory to begin in Budget 2020.

The Department of Finance, in its tax strategy papers, was among those recommending a €10-per-tonne increase in this budget, with €5 increases per year afterward. It argued that if the aim is to change people’s behaviour, then front-loading the increases would be more effective.

But the indications from Government and Fianna Fáil are that the Budget 2020 increase will be somewhere between €5 and €10. The Greens are advocating a €20-per-tonne increase in this budget and favour a fee-and-dividend approach.

Labour favours a €10 increase in 2020 and wants the funds ring-fenced while others, such as Sinn Féin and Solidarity-People Before Project, oppose any increases in carbon taxes.

Meanwhile, Mr Martin last night told a meeting of his parliamentary party Fianna Fáil would not stand a candidate in the forthcoming Seanad byelection to fill the seat left vacant by the election of Grace O’Sullivan of the Green Party to the European Parliament.

Fianna Fáil will instead back Offaly councillor Pippa Hackett, who is standing for the Greens. It is understood that Fine Gael is considering also backing Ms Hackett instead of standing a party candidate.

The current Oireachtas only has months left to run, with Dáil and Seanad elections expected next year.