Donohoe refuses to provide details of payments to individual barristers 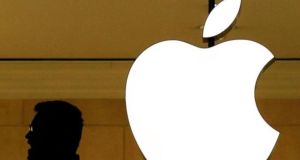 The Government has spent approximately €7.5 million in legal and consultancy fees on the Apple tax case

The Government has spent approximately €7.5 million in legal and consultancy fees on the Apple tax case, according to Minister for Finance Paschal Donohoe.

Mr Donohoe also said €2.8 million was the total paid to individual legal counsel, but he said that based on legal advice he could no longer give details of the individual payments.

The €7.5 million includes all legal costs, consultancy fees and other associated costs but not costs such as translation fees, the Minister said.

The State spent €3.9 million on setting up the escrow account for the €14.3 billion of back taxes and interest the European Commission ordered it to collect from Apple, as part of the commission case that Apple made use of illegal tax arrangements.

The Government is appealing the commission’s ruling through the European Court in Luxembourg.

The Minister said “it will most likely be several years before the case is ultimately concluded”, and it was “not possible to determine future costs”.

Mr Donohoe said because it was an important issue for the State “the case will continue to be resourced as needed”.

He rejected claims of “deception” by Sinn Féin finance spokesman Pearse Doherty in a row over the refusal to released the details of payments for services to individual barristers.

He said the Data Protection Commissioner had provided information on the firms that were paid and on individual barristers.

But the Minister said he had made the information on fees available. Mr Donohoe added there were differing views about whether GDPR (General Data Protection Regulation) applied.