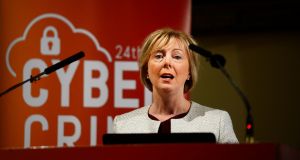 Prostitution is the exploitation of a vulnerable person, Government Chief Whip Regina Doherty has said.

“My brain does not even understand how someone can think it is a consenting transaction,’’ she told the Dáil.

She said there was no equality of power between the two parties involved and it was not a service industry.

“It is a criminal enterprise selling the flesh of a human being, most often a woman, a child and sometimes a young man,’’ Ms Doherty added.

“It harks back to the days when slavery was a commercial transaction was acceptable.’’

She said people who made profits on those transactions were rarely those whose flesh was being traded.

“It is usually people removed from the crime, such as people traffickers and criminal organisations,’’ she said.

Ms Doherty was speaking during the resumed debate on the Criminal Law (Sexual Offences) Bill 2015, which criminalises the purchase of sexual services and implements an EU directive dealing with the exploitation of children.

“These are not distant threats,’’ she added. “They are real and present and need to be addressed.’’

Minister of State for Health Marcella Corcoran Kennedy criticised the term “sex worker’’, adding those who used it should ask themselves if their sisters, mothers or children should aspire to it.

Ms Corcoran Kennedy asked where “the appetite for the young body’’ was coming from.

“Do men need to have conversations with themselves about this ?’’ she asked. “How is it that some men think this is okay ?’’

Independent Thomas Pringle said it must be recognised legislation alone could not protect people.

“Legislation must be enacted alongside research, strategies, monitoring and, most important, adequate resourcing for frontline services that reach out to people in prostitution by providing exit strategies and support services,’’ he added.