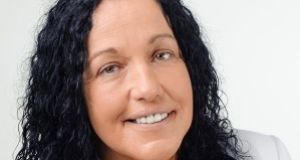 Margaret Murphy O’Mahony (47) is the first female TD to be elected to the Cork South West constituency. A native of Bandon, she is the youngest of four children born into a strong Fianna Fáil family. Her father and grandfather were involved party going back to the 1930s. The only FF TD running in Cork South West, the Bandon native pledged to fight for flood defences and family support. A former Post Office worker, she is a mother of two sons, John (15) and Phillip (13) and was a special needs assistant whose hours were cut. She first entered politics in 2004, winning a seat on Bandon Town Council when she topped the poll. She was re-elected to the town council in 2009 and ran for Cork County Council after the town councils were abolished. In the 2014 local elections she won the second of two seats for Fianna Fáil in the six-seater Bandon-Kinsale electoral area. She is a sister of circuit court judge Con Murphy, who died in 2011. -- LOUISE ROSEINGRAVE