Minister says harvesting of wild seaweed must be ‘managed appropriately’ 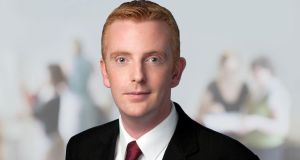 
Concerns have been raised in the Dáil that Connemara families will lose out to a foreign private investor in the collection of seaweed for sale and processing.

The company is expected to be sold to a Canadian investor and Mr Nolan said “it is feared that the licence to collect seaweed on the foreshore will be taken from those who traditionally work there and will pass to a foreign private investor”.

Mr Nolan said many people made their livelihood in Connemara through collecting seaweed and selling it to various processing companies in a tradition that had passed down through generations.

Enforcement order
The Galway West TD said a major public meeting was held in Rosmuc on Monday about an enforcement order against an individual under the Foreshore Acts 1933 to 2012.

He said while the legislation governed the collection of material from the foreshore “it has never been elaborated on, put into practice or enacted in a proper way in these locations where small sole traders operated in the collection of seaweed”.

Ms O’Sullivan said she was “very aware of the legitimate public concern about these issues”.

The requirement to hold a foreshore licence for harvesting had existed since 1933, but she understood that folio rights might exist in certain cases.

Ms O’Sullivan said the Department of the Environment was seeking advice about “how such rights interact with the legislation”.