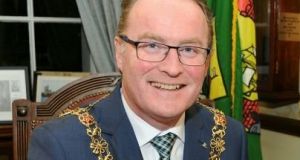 Simon Coveney did his native Cork proud by showing tremendous grit over the night.

Cllr Des Cahill sent Mr Coveney a text on Friday morning telling him that local party representatives and members had “never been more proud of him”.

“I sent him a message saying ‘good luck’ and that he had shown a steely side of him that people may not have been aware of. I am not surprised that the party members voted overwhelmingly for him. I had that hunch.”

He paid tribute to Mr Coveney for his passion over the course of the campaign. He stated that a Coveney rally at the Capital Building in Cork last month was “the most high octane and energetic” Fine Gael meeting he had attended in years.

Cllr Cahill said it was an exciting chapter for the party with a new leader, and that he hoped Mr Coveney would play a central role at ministerial level.

Meanwhile, Mr Coveney’s Fine Gael colleagues in Cork were full of praise for the defeated Minister.

“The work that was put in was reflected in the vote of the grassroots. The result is, of course, disappointing for us [the Coveney camp] but that is a democracy. He fell short at the final hurdle. It was a great process for the Fine Gael party and shows the importance of the electoral college. This night is Leo’s night.”

Cllr Deirdre Forde, who represents the electoral area of Ballincollig and Mr Coveney’s base of Carrigaline, said she was delighted that the members voted so strongly in favour of the Minister for Housing.

“This whole process will reinvigorate Simon for the next general election. It was an amazing contest. Simon’s standing has gone up in the party. We can’t cry over spilled milk. It was a democratic process.”

Carrigaline-based councillor John A Collins said he was concerned that the whole contest was a bit “lopsided”.

Fine Gael councillor Laura McGonigle of Blackrock said she was pleased that Simon stood his ground and remained in the contest after the momentum went Mr Varadkar’s way.

“In the end, Simon was overwhelmingly endorsed by the members. I knew he wouldn’t just walk off the pitch.”