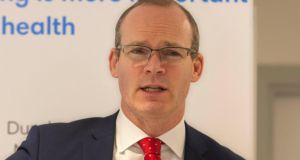 On a trip to the United States, during which he will meet officials from President Donald Trump’s administration, Simon Coveney said a strategic objective of the Brexit negotiations for Ireland was the creation of the closest possible future connection between the European Union and the United Kingdom.

He said it was in the EU’s interests and overwhelmingingly in Ireland’s interests to have a confident and co-operative United Kingdom on its doorstep.

“The other key strategic objective for us is to ensure that the outcome of Brexit does not in any way undermine the hard won gains of the peace process, as exemplified by the Good Friday Agreement,” Mr Coveney said.

“The EU, and of course the US, played a pivotal role in this achievement, together with the British and Irish Governments. And the Agreement was endorsed by huge majorities in Northern Ireland and in Ireland.

“We therefore all share the same goal of protecting the Good Friday Agreement and the gains of the peace process.”

Mr Coveney said if the United Kingdom is to enjoy the best possible relationship with the EU post-Brexit, the UK regulatory rules and structures will need to be closely aligned with those of the EU.

But he added: “Being outside cannot be the same as being inside. Contrary to what some may say, you cannot have your cake and eat it.”

The Tánaiste also emphasised the importance of restablishing powersharing in Northern Ireland.

“We urgently need to see the restoration of the Northern Ireland Executive and Assembly to harness greater and broader Northern Ireland input into how to make the best of Brexit,” Mr Coveney said.

“Despite the efforts of both governments in recent months, and especially in recent weeks, it is deeply regrettable that there is at present no power-sharing Executive in place. However, we will not give up — we cannot give up.”–PA