The bill will be paid over several decades, but is also expected to rise during that time 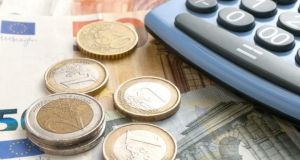 The projected cost of all public sector pensions has surged from €114 billion three years ago to almost €150 billion today, according to an actuarial report presented to the Cabinet.

The huge figure covers the total cost of pensions accrued by about 320,000 public servants currently in employment and about 170,000 retired public servants who are in receipt of pensions. The bill will be paid over several decades, but is also expected to rise during that time.

Workers in receipt of a full public service pension who have completed 40 years’ service are in most cases entitled to a pension of 50 per cent of final salary plus a tax-free lump sum on retirement of 150 per cent of final salary. The pension and lump sum are guaranteed by the State, unlike most private sector pensions, whose value can depend on market fluctuations, such as bond yields and interest rates.

In a statement, the Department of Public Expenditure said that much of the jump in the cost in the last three years was accounted for by a technical change in the method of calculating the liabilities.

According to the report, published on Tuesday night, this change reflects lower interest rates of recent years and the accompanying higher cost of pensions. However, the increase is also due to increased recruitment in the public sector in recent years and pay increases, officials said.

Official figures show that total actual expenditure on public service pensions amounted to €3.6 billion in 2018, while member contributions amounted to approximately €1.4 billion over the year.

Minister for Public Expenditure Michael McGrath acknowledged that the bill was “undoubtedly large” but stressed that it would be paid over 70 years or so. “The significance of the public service to the overall wellbeing of the country has never been more evident than during the past 10 months,” he said.