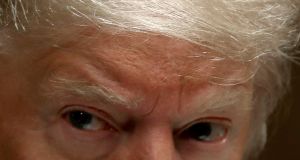 Old Moore’s Almanac has predicted US president Donald Trump will not win re-election and that Kerry will lift the Sam Maguire cup next year.

The Irish almanac, which charts its history back two and a half centuries, makes a series of annual predictions for the coming year, some of which are a sure bet - an Irish general election and Brexit to continue to dominate the political agenda.

Other estimates might be seen as more long shots, such as former Oasis duo Liam and Noel Gallagher reconciling.

The almanac, a stable ballast of many coffee tables and Christmas stockings, predicts Kilkenny to win the men’s hurling final, the death of a Hollywood icon, and the re-emergence of terror group Islamic State

Predicting developments in technology for 2020 the magazine forecasts more problems with self-driving cars, and for 3D printing to become mainstream, with customers buying items online they can print out in their homes.

Some of the predictions the annual’s in-house psychic guessed correctly from last year included All-Ireland championship wins for Dublin and Tipperary, and for Jennifer Lopez to re-marry.

The 2019 almanac predicted climate change to become a bigger political issue, and an increase in the popularity of crypto currencies.

The almanac also predicted somewhat vaguely that “an Irish ferry will be in the news,” which came to pass in recent weeks after 16 people were discovered stowing away on a Stena ferry from Cherbourg to Rosslare.

0:46 Trump: 'Our hearts go out to the people of Wisconsin' after brewery shooting